What are Server Farms and How Do They Work? Bet You Didn’t Know This!

For all those who have heard this term and are wondering what it is, server farms are indispensable to majority of the multi-million Internet brands that we know of today, including search engines, e-commerce portals, and social networking websites. Forget Internet-based companies, it is the right hand of any large enterprise. Techspirited explains what server farms really are.

You are here: Home / IT Jobs / What are Server Farms and How Do They Work? Bet You Didn’t Know This!

For all those who have heard this term and are wondering what it is, server farms are indispensable to majority of the multi-million Internet brands that we know of today, including search engines, e-commerce portals, and social networking websites. Forget Internet-based companies, it is the right hand of any large enterprise. Techspirited explains what server farms really are. 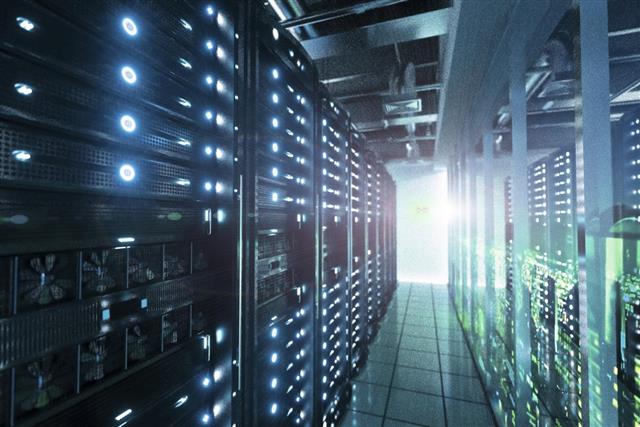 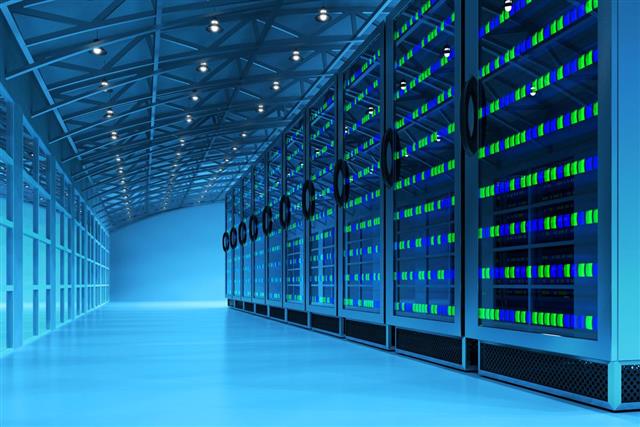 The terms, “web farm” or “web server farm“, are used to describe a special set of server farms that fulfill one or more of the following conditions:
It belongs to a website (company) that provides web hosting
It acts as an Internet Service Provider (ISP)
The website (company) to which it belongs is hosted on more than one server.

A server room or data center is a must-have for all organizations regardless of whether they are big and established, or small and in the nascent stages. This is because it is here that all the server computers, the veritable lifeline of the firm, are housed, and are connected to supplementary network hardware, namely, switches and routers. These servers not only contain all company and client data but also backbone the infallible internal network necessary for the organization’s overall survival.

How does one define a server farm, then? A typical data center or a server room would occupy one portion of the office building, or if the company is housed in a multistory building, probably an entire floor. Server farms, on the other hand, are independent facilities dedicated to housing all the servers of a firm.

The location of the server farm of a company is often kept a secret from its clients, a necessary measure to ensure their security, given that they are home to a large pool of confidential data. However, in 2012, Google broke this tradition by not only revealing the location of 8 of its data centers, but also inviting the press for an exclusive look. Other Internet superpowers like Facebook and Microsoft soon followed suit.

Server farms are generally associated with large organizations, ranging from formidable Internet titans, to the paramount national governments of various countries. Educational institutions such as universities also generally tend to have server farms on their campus for the purpose of maintaining connectivity between all its affiliated schools, to store student/employee information, and to house all other educational and miscellaneous resources.

With our write-up, we aim to shed light on the factors to be taken into account while designing these awe-inspiring facilities, as well as the role they play in the success of an organization.

A Peek Inside A Server Farm

Quite understandably, a server farm is made up of many clusters of interconnected server computers. Before elaborating on the functions performed by these servers, it is necessary to first understand the computing architecture, the basis of the entire arrangement that is used to tie all these servers together.

Much before the advent of the personal computer (PC), computerization of operations in a company was very rare, and large firms that raked in a lot of profit could afford it. Those were the days of the mainframe computers, which were not only exorbitantly priced, but also enormous in size. Also, they constantly needed cooling. Because of these reasons, they were kept in separate rooms wherein the suitable temperature could be maintained. Not everyone could operate a mainframe; the OS of these computers were very different from the ones that an average computer user is familiar with. Skilled technicians who had a clear understanding of the hardware and software of these supercomputers were the only ones who could write programs to interact with them.

A little-known fact is that although mainframe technology is associated with the bygone era, it is still quite relevant today, because of which a number of companies still make use of it. The reasons for this are, in spite of their high maintenance costs, they are extremely reliable, provide a large amount of disk space for data storage, and have an unsurpassed computing ability. In fact, for banking and financial corporations, they provide the perfect administrative and managerial solution.

But then again, with PCs becoming ubiquitous, using an interconnection of PCs programmed to act like servers soon emerged as a lucrative alternative to mainframes. This arrangement not only cost companies less, but also, it could be operated by anyone who knew how to use Windows, Linux, or any other conventional OS. Moreover, as there was more than a single computer, the core of the network could be accessed from multiple points, and also, it was child’s play to expand this network.

Employee of an IT company monitoring servers in a server farm

The client-server architecture, however, is not without its share of drawbacks. Obviously, distributing the functionality of a single monster computer amongst a handful of personal computers with only a percentage of the former’s computing power, is a challenging task. It needs to be dealt with by putting in place strong load sharing algorithms. PCs are also more susceptible to failure, and hence a good mechanism to back up all the servers has to be additionally employed.

Many of the world’s largest enterprises have still not entirely adopted the client-server model for their network architecture, and therefore in many organizations today, one may see the use of mainframe technology in addition to server farms, or else the implementation of some sort of hybrid architecture involving the best elements of both.

For any network to qualify as a reliable communication channel, its lines always need to be ‘up’, or fully functional. In the case of a server farm, it not only serves as the focal point for all the interconnected systems of the organization, but is also the data pool that contains all the resources of the company, which need to be accessed both by the different departments within the firm, as well as all clients. Hence, the need for it to always be accessible is principal.

For this to be achieved, each and every computer that comprises the server farm has to be kept switched on and running, 24×7. Not only does this involve the need for an uninterrupted source of energy, coupled, of course, with a generator power back-up, but also, round-the-clock air-conditioning is required so that the systems never become overheated. Matters pertaining to the auxiliary electronic devices, such as the network components also have to taken into account. Negligence of even a single one of the aforementioned factors will result in the server of the company being ‘down’ or unavailable, which will cause both economic loss, as well as discomfort.

Close-up of servers in a server rack

Inside a typical server farm, electronic devices are generally mounted on 19-inch racks, which are generally protected using lockable glass doors. To connect the different computers and/or supercomputers, a Gigabit Ethernet, or an Infiniband (for all-supercomputer networks) network is set up.

The Google data center in The Dalles, Oregon, is the best example of a server farm. As large as two full football fields, it contains two twin four-story cooling facilities, in addition to housing much more than a 100,000 servers. It is strategically located on the banks of the Columbia river, from where it gets its power. Google has invested USD 1.2 billion in its construction, development, and maintenance.

The configuration of the servers in a server farm is such that they minimize the occurrence of server failures or crashes. This is done by setting up algorithms to efficiently share all loads amongst all the servers in the farm.

Another thing that is kept in mind, is that in the event of a server failure, there should be no impact on the rest of the network. This is achieved by introducing redundancy.

One way to do so is to divide the entire set of servers into two, and store the same information in both subsets. One set, called the primary set of servers, is the one that performs all the necessary tasks under normal circumstances, including load sharing. As long as the primary servers are functional, the secondary (other) set do not actively perform any functions, however, they constantly receive updates.

Another way to do this is to implement mirroring of servers, wherein the same information is stored in all the servers, and any change in one server gets automatically reflected in all the rest.

Other tasks of servers include network functions like site traffic handling, resource sharing (for example, access to network printers), serving as a data pool, priority-based assignment of processes to various segments of the network, automatic reconfiguration and rescheduling, data security management, and core administrative functions such as Customer Resource Management (CRM) and Enterprise Resource Planning (ERP).

The demand for server farms has risen multi-fold with the rise of cloud computing applications that require large, foolproof networks of always-available servers. Keeping in mind the high level of energy consumption involved in maintaining server farms, especially for the cooling mechanisms, a lot of companies are opting to locate their server farms in colder countries like Iceland. Another trend on the rise is the use of fiber optic technology as opposed to conventional cables, so as to improve throughput.

We hope we were able to answer all the questions you had in your mind regarding server farms. 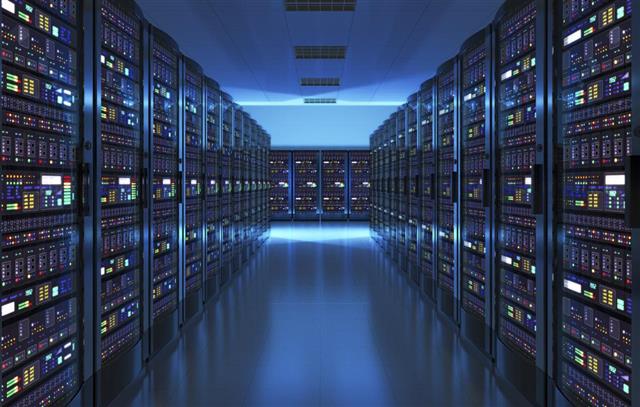