8 Useful and Handy Tips for Choosing the Right Smartphone 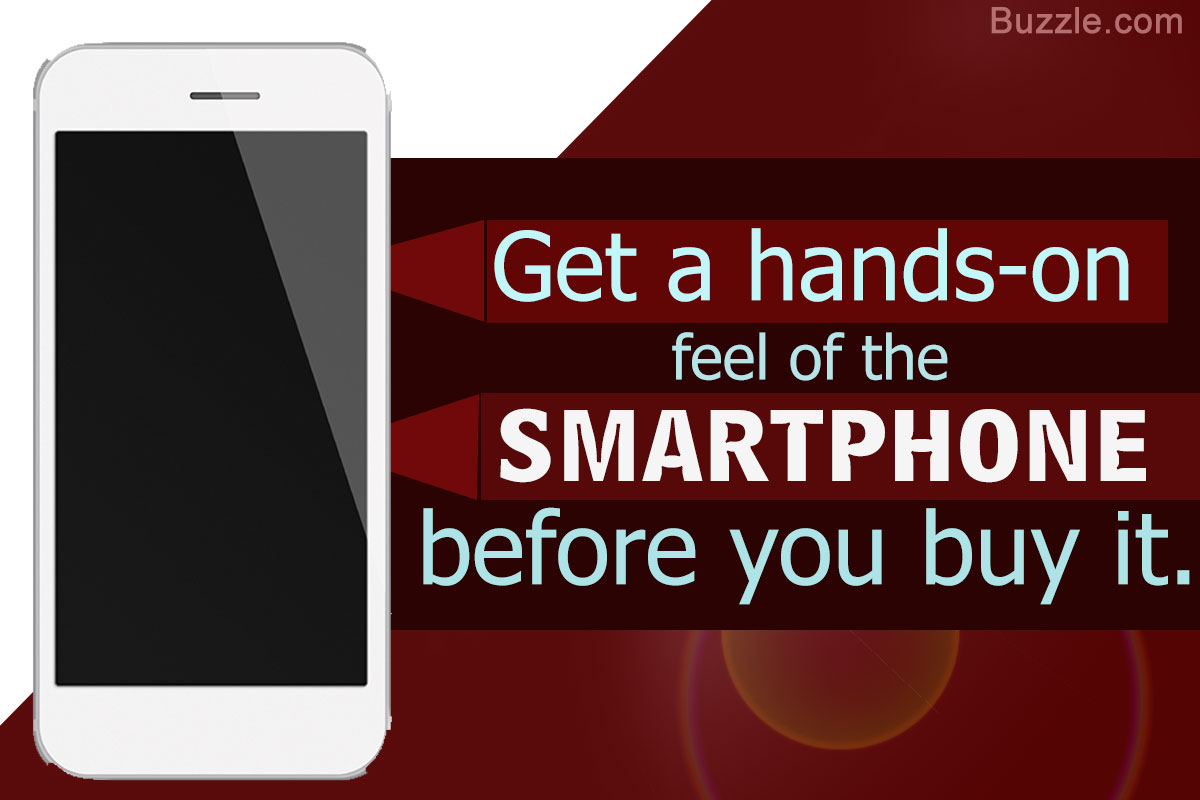 Today, smartphones are available a dime a dozen. Though, a thought that would get most of us stumped is how to choose a smartphone that best suits your needs. Techspirited will help you along.

Can’t Do Without Weather Updates!

According to a survey conducted by Online Publishing Association, two-thirds of smartphone owners said that they cannot live without their device. The funny bit is that, apart from making calls, about 47% of surveyed people mainly use their phone to check the local weather!

As simple as it may seem, buying a smartphone that best suits your needs is not quite the cakewalk you may think it to be. In fact, with the plethora of smartphones that are available in the market today, choosing one can actually seem rather overwhelming, especially for first-time buyers. Major manufacturers like Samsung, Sony, HTC, LG, etc., have different smartphone models which have very similar hardware, with little to choose between them.

To add to the confusion, smartphone manufacturers go all out to advertize the features of their phones, often throwing numbers at you, which don’t necessarily tell you the whole story. So, just how do you decide on which smartphone to buy for yourself? Here are some things to consider while you go smartphone shopping.

Size: There is no ‘one size fits all’ for smartphones

This is probably the most important factor when choosing the perfect phone for you. Smartphones, these days, are available in two major size categories―up to 4.5 inches and 4.5 – 5.5 inches. Any larger, and we would be entering phablet territory. In fact, any phone larger than 5 inches is already pushing the boundaries of the ‘regular’ smartphone. For most regular users, a smartphone with a sub-4.5 inch screen would be perfect for one-handed use. Although the 4.5 – 5.5 inch segment is extremely popular these days, it isn’t quite something that can be handled by everyone. This is especially true if you have small hands. The larger screen estate is always welcome, but it also greatly hampers usability, especially over prolonged use.

Build: It is not just about how your phone looks in your hand but also how it handles a fall

When it comes to build quality, I must confess I’ve never been a fan of plastic-bodied phones, and just can’t stand the sight of most cheap phones that can easily pass for a Chinese knockoff. Having said that, I must also concede that there’s a good reason why most manufacturers have persisted with polycarbonate for their smartphones. Yes, the profit margin is undeniably high, but they also have an advantage over metal-clad beauties; they’re a lot lighter. Plastic phones also have a better grip and have a fantastic reception in comparison to metallic phones. Polycarbonate phones have greatly improved on their looks and feel, but they offer no competition to metallic phones in this matter. So, if looks are the most important factor for you, then you can’t go wrong with metallic phones,but if it is sense and sensibility that you’re after, you might want to stick with the lighter plastic phones.

Display: There is only so much that your eyes can see!

A lot of jargon is thrown around when manufacturers talk about their phone’s displays―AMOLEDs, SuperAMOLEDs, LCDs, SuperLCDs, OLEDs, etc. Although these are different display technologies with their own pros and cons, it can be safely said that most of these are, more or less, at par with the others. Then there are talks about the resolution of the screen. Although there’s a lot of hype about it, there’s very little discernible difference be

Processor: Faster is not always better

Now this is something that most manufacturers have gone all out to advertize and hype. Just how much processing power is good enough? Quad-core processors are passe now and even octa-core processors are soon gonna run out of favor with the manufacturers. So, does more processing power mean better performance? Not quite. Before the quad- and octa-core phones came along, our single-core phones did just fine with no hiccups whatsoever. You might want to keep in mind that the operating system of a phone is optimized to work with the hardware on the phone. So, a dual-core phone should work just fine for you, and you’ll probably not notice any difference in performance, unless you compare it with another phone. For a regular user who’s not really into high-end gaming, a dual-core phone with 1 GB of RAM should do just fine. Gamers who are looking to try out the latest games would need at least a quad-core processor with 2 GB of RAM. Do keep in mind that it is not always the numbers associated with the processor that matter but the brand as well that decides actual performance.

The pixel wars are just hotting up and are now breaching some absolutely ridiculous heights. A lot of factors are involved when trying to get that perfect shot. Apart from the optics, staging and lighting also play a very important role when capturing an image. Unless you are an avid photographer, a 5 MP camera should be just fine to capture the occasional snap. An LED light is great for taking photographs in low-light conditions, but more often than not, the end result usually has a lot of noise. Higher-end cameras fare better in this regard, but they too are far from perfect. If you are an aspiring photographer and can’t carry your trusted SLR along wherever you go, you could find a worthy ally in an 8/12 MP camera on your smartphone. If you really want to get some great shots in low-light conditions, you would be well served by a camera that has OIS.

I’ll be honest with you, when I set my eyes upon the LG G2 to be my daily driver, the first thought that crossed my mind was whether I should settle for 16 GB or 32 GB of internal storage (the phone doesn’t support Micro SD card expansion). Although I opted for the 32 GB variant, 6 months since, I’ve realized that I’ve barely used 8 GB (about 2 GB of multimedia files and 3 GB of HD games) of the total memory. If you want to play all the HD games in town and want to carry your entire music library along with you (and that of your friends as well!), 16 GB should be just fine for your needs. 32 GB is for more advanced users who carry all their data on their smartphone, and also those users who love to shoot hours and hours of HD videos with their smartphone camera. If you frequently exchange your phone’s data with your friends or if you aren’t really into gaming, look for a phone with an expandable memory.

OS: Let the apps do the talking

Now, this is something that purely boils down to personal preferences. The three main mobile OSs are Android, iOS, and Windows Phone. All three have their own share of highs and lows. We could have an endless discussion about how the features of one triumphs over the other, but I’d rather sum it up as best as I can. If you are looking for an open source OS (loads of free apps) and want a highly customizable interface, then Android has got to be your OS of choice. If you are looking for high quality apps, are familiar with the Apple ecosystem, and want a real fast OS, then you can’t go wrong with iOS. Windows Phone is ideal for you if you’re looking for a colorful and active interface, aren’t looking for an endless app library, and like a clutter-free UI. Whichever one of these you choose, ensure that your phone is running the latest version of the OS or has a planned upgrade lined up.

Battery: A phone is only as good as its battery

Perhaps, one of the most crucial elements of a smartphone is its battery life. At the end of the day, your phone might have the best hardware and fantastic software to go with it, but without enough juice to power it, would be little more than a shiny paperweight. Look for a phone that has a high capacity battery, or at least a battery that is removable. Do not get swayed by the numbers specified by the manufacturers as, more often than not, these are greatly exaggerated.

There you go. Armed with these tips, you should be able to get your perfect digital companion―your trusty smartphone. At the end of the day, remember, all these pointers aside, pick up a phone that feels best in your hands. Happy shopping then. Cheers.