There are different components and hardware devices that participate and create a computer network. Each one has a key role to play and functions on a different layer of the OSI model. Scroll below for a list of the various types of networking devices.

You are here: Home / IT Jobs / Types of Network Hardware

There are different components and hardware devices that participate and create a computer network. Each one has a key role to play and functions on a different layer of the OSI model. Scroll below for a list of the various types of networking devices.

A computer network is not made up of one machine or even one type of machine. It is a carefully designed system of different hardware components (networking devices) working in tandem with various rules and communication protocols. From the network scenario in a household, to a medium scale network in a school or mall to a large, border-crossing network of a corporation or service, a computer network is made up of various hardware parts, some standard and some rare and more complex. So, what are the different types of network hardware? Read on for a listing of such devices and a brief explanation of each.

Everything may be turning wireless nowadays but at least 2-3 wired connections have to exist somewhere in a computer network. Connecting a desktop to a router or the router to the modem, such connections are always wired and the common cable type used is CAT5 RJ-45. Wiring is typically thought of as being a Layer 1 (physical layer) device as raw data or signals are transferred from one end to the other.

Network interface cards is easily one of the most important components of a computer network. It is a hardware part that allows the computer to be identified amongst others in a network and allows the computer to connect to a network. It works in the physical and data link layer of the OSI model. This card provides the circuitry required to implement a networking standard. The most common NIC form used is Ethernet. Recent computers, both desktops and laptops have their NIC built on the motherboard, earlier computers needed an internal or external NIC to be added. Laptops with built-in Wi-Fi have wired and wireless NIC capability, but most desktops have only wired connection capabilities and will require a wireless adapter to connect wirelessly.

Connecting more than one computer to a higher layer networking device like a router can be difficult, if you do not have a hub. A hub collects various devices through a wired connection and groups them into a segment. So, the network recognizes all devices connected to the hub, as one segment. Typical hubs allow Ethernet wired connections and have at least 4-5 ports on them and can have 8, 12 or even more ports. They are very simple devices, they do not manage or filter or function in any other manner, other than to act as a collection point. They operate in the physical layer of the OSI model.

A modem acts as a sort of converter or translator. It allows digital data or information to be transmitted over traditionally analog lines of transmission such as a telephone line. The word “modem” is a mix of two transmission terms, “modulate” and “demodulate”, which are the two main operations performed. The digital signal from a computer is converted into analog form, sent over the analog medium and then decoded back into its digital form at the receiving end.

Routers can be thought of as the mailroom of a network. They receive incoming data packets, decipher their addressing information (where did they come from, where do they have to go) and send them accordingly. Routers are essentially used for traffic management. They function in Layer 3 (network layer) of the OSI model. Routers are much smarter than hubs, they can implement security protocols, assign IP addresses, both static and dynamic and can function in both the wired and wireless transmission band. There are different router types based on their area of use, such as home or small-use routers to enterprise routers, which are used for complex routing functions in large corporations.

A gateway acts as the meeting point or go between point between 2 different networks, using different protocols. e.g. Network A uses one protocol, Network B uses another. A computer from A wants to communicate with a machine from B but due to the difference in protocols, it does not know how to communicate. It can adopt or add B’s protocol but this is a tasking process and is not really efficient. Instead, a gateway will translate the request from the computer in A’s network, into B’s language and then translate the reply from B’s language into A’s. So, the 2 machines can communicate without any change in protocol. Gateways function in all layers of the OSI model, since they perform conversion or translation functions.

An access point acts as a middle station for a network and helps in adding more users to it. They are connected to the network but act as a transmitter and receiver for the network signals, so other devices can connect to the access point and in turn will be connected to the main network. The best example for an access point scenario is a large house, where the router is located in the basement. So, the ground floor can receive the wireless signal but the first floor cannot, due to the network’s limited range. An access point connected on the ground floor will receive the router’s wireless signal and emit it to reach the first floor, enabling users on that floor to access the original network.

With advances in technology, the features and specifications of such devices may change or the device itself may become obsolete. But for now, this collection of network hardware remains constant; and at least one or two of the above devices can be found in any computer network. 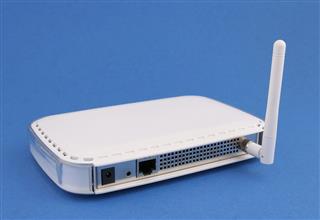 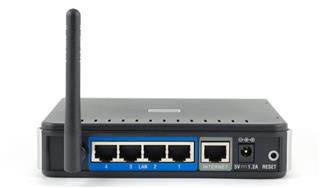 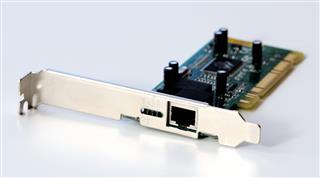 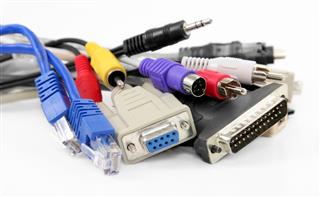