Top 5 Smartphones for Hardcore Gamers for 2018

Today, smartphones have become the most preferred platform for games. Here , we give you an in-depth look at some of the best gaming smartphones in the market.

You are here: Home / IT Jobs / Top 5 Smartphones for Hardcore Gamers for 2018 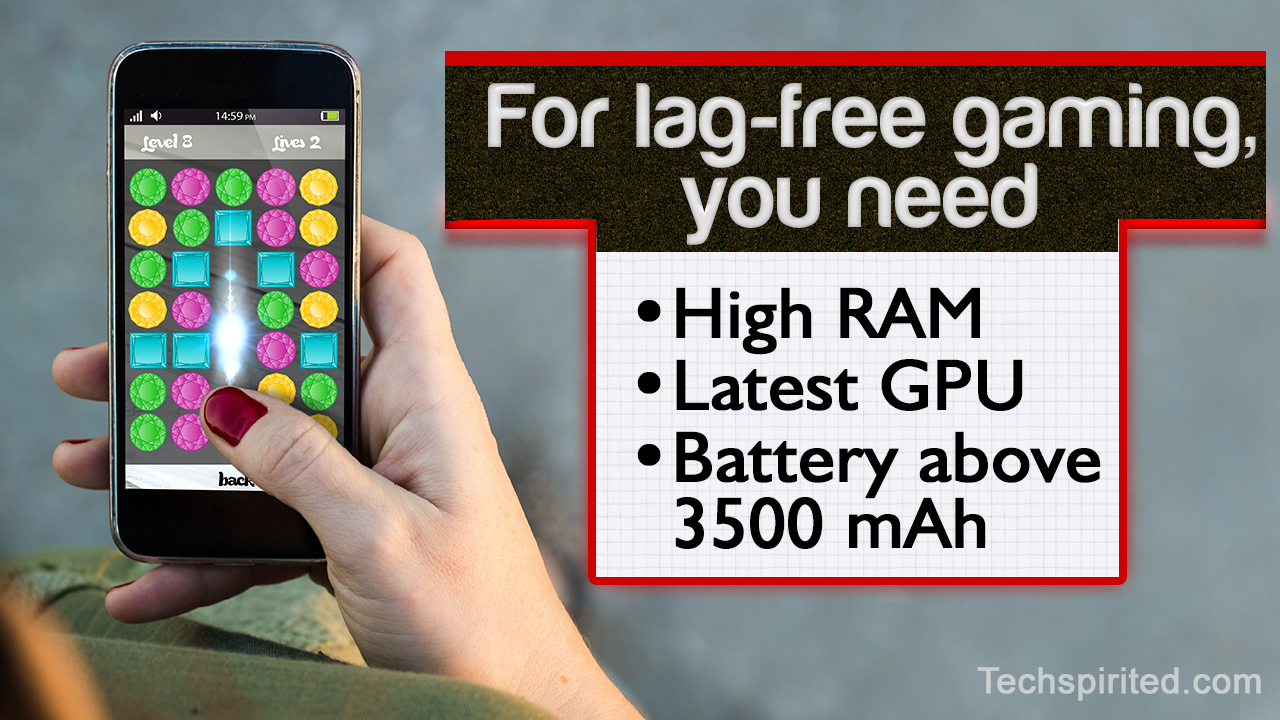 Today, smartphones have become the most preferred platform for games. Here , we give you an in-depth look at some of the best gaming smartphones in the market.

With the onset of powerful smartphones with internal components that could easily put the computers of the yesteryears to shame, the main advantage that they have is the high level of customizations they offer and the seemingly endless choice of games at their disposal. Both Android and iOS, the most popular mobile platforms, have an endless treasure trove of games (free and paid) in their app stores.

There is a saying, “Video games don’t make us violent, lag does” and gamers  will surely agree to that. That’s why before making any choice, you should read ample of reviews.

Step Aside and Let the Girl Finish the Game!

Apparently, it’s not that hard to find a gamer gal. Women between the age of 35 to 44 are prime users of mobile gaming apps, which is 53% of the total mobile gaming population.

This is the successor of Moto Z Play, however it has a smaller battery life in comparison.
Specifications:

The best thing about the Z2 Play is you can buy it for a reasonable price, and yet you get all good specifications. But if you have spent money on Z Play already, they you may want to hold on to that and wait for the next phone with Android Oreo.

Best at Everything- OnePlus 5T

The developers have added a new feature in the 5T, especially for gamers – DND mode! This Do-Not-Disturb mode mutes notifications and disables the soft keys temporarily, so you won’t stumble upon them by mistake.
Specifications:

For smooth and lag-free experience the 5T is without a doubt the best choice for gamers.

Best at Graphics- iPhone 8 Plus

You’ll probably ask why go for the iPhone 8 Plus when you can get the iPhone X, right? Well, the 8 Plus and X give a very similar experience when it comes to gaming. So, it’s a sensible choice.
Specifications–

Who doesn’t want real life experience in gaming? The AR feature of the iPhone 8 Plus is in its infancy, but we can expect a bright future.

With the size of 6”, Google Pixel 2XL is absolutely perfect for gaming. Along with the latest OS, this phone gives the best camera in the market.
Specifications:

Dual front speakers and high internal storage make it an enjoyable experience in gaming. We rue that there is no headphone jack, but the wireless reliability is pretty good.

Sony released another flagship smartphone, which is the first phone with Android Oreo OS.
Specifications–

It has dual front-facing speakers which favors you to enjoy stereo surround while gaming. It has a cool feature for creating 3D images, wallpapers, and a lot more to play with.

The most notable exclusion from this list is the Samsung Galaxy S8. It came with extraordinary features including 5.8” of display or in their own words ‘infinite display’. It can be a great choice, but many people are complaining about its lag and hangs which gamers certainly don’t want. So weigh the pros & cons and think about your priorities before buying this smartphone.

These devices are probably the most popular phones of the year that impressed gamers with superb build quality and GPU. Also the coming year promises to unleash even more capable phones to satisfy even the most hardcore gameplay. Let the games begin!