Top 10 Nokia Phones of All Time

Nokia has been at the forefront of mobile technology for years now. But its recent acquisition by Microsoft almost certainly means we won't see any new Nokia-branded phones in the future. Here's a look at some of the best Nokia phones that were ever made.

Nokia has been at the forefront of mobile technology for years now. But its recent acquisition by Microsoft almost certainly means we won’t see any new Nokia-branded phones in the future. Here’s a look at some of the best Nokia phones that were ever made.

On September 3, 2013, Microsoft announced the USD 7.2 billion takeover of Nokia’s Device and Services division, along with the license to Nokia’s patents.

Nokia was a name that was synonymous with mobile phones. Till only about a few years ago, the automatic choice for anyone looking to buy a mobile phone was Nokia. The other phone brands were deemed way too insignificant to even be mentioned! How things have changed …

Once a flourishing company which just seemed to do no wrong, today, the Finnish giant is just a shadow of what it used to be. It’s glorious days long gone, the company seemed to make one last attempt at reviving its fortunes by releasing a line of new phones, and even unleashed an entire range of affordable feature phones. Although the phones were really good, they couldn’t do enough to reverse the slump in the stock value of the company. On September 3, 2013, as what some might consider as putting the Finns out of their misery, Microsoft announced the takeover of Nokia’s Devices and Services business.

As the world wonders what the future holds for ‘Nokia-soft’, it’s almost a sense of nostalgia looking back at the many wonderful devices that rolled out of the stables of the Finns. Here’s a trip down memory lane, as we look at some of the best mobile phones ever made by Nokia.

Nokia N9 would always be remembered as the phone that was gone too soon. The phone went on to set the tone for the much-famed Lumia series that followed. This was the only commercially launched phone from Nokia to be powered by the MeeGo OS, which showed a lot of promise.

Long before the advent of the smart cameras, Nokia introduced the true camera smartphone to the world. Packing a massive 41 MP camera, the phone could easily put to shame even some real powerful dedicated cameras.

#8. Nokia 9000 Communicator
The 9000 communicator was perhaps the dream device of every businessman toward the end of the last millennium. This was the first business phone which could do it all—send and receive SMSes, Emails, and Fax.

The must-have phone for every gaming fan, the N-Gage was more of a game console which could make phone calls. Although it was hailed as the ultimate gaming phone, it also drew a lot of criticism for the awkward placement of the mic and earpiece.

Music lovers still swear by the unmatched music quality of the N91. It was one of the first phones to have a massive hard drive (by the standards back then)—4 GB and 8 GB.

At a time when Nokia was the undisputed king of mobile phones, the N95 was the crown jewel of the Finnish giant. It sported a peculiar two-way slider, with dedicated multimedia buttons.

The Lumia 920 brought in a much-needed fresh breath of air with its choice of material, and excellent build quality. The phone featured an optical image stabilizer, one of the first of its kind in a mobile phone.

The first commercially successful media phone from Nokia, the 6600 was an instant hit amongst businessmen and students alike. It had a very unique form factor, and was a very sturdy phone.

Marketed as the common man’s phone, the 1100 was a basic phone, with a dust-resistant keypad, and a built-in handy torch. The phone went on to become the most-selling phone of all time, with sales of more than 250 million units worldwide.

The big daddy of all mobile phones, the iconic Nokia 3310 was perhaps what propelled the Finnish company to the top of the charts. The superior build quality of the phone is legendary, and it also has phenomenal battery life.

The takeover of the once mighty mobile phone manufacturer by Microsoft leaves most mobile phone lovers teary-eyed. It marks the end of an era; an era that saw the rise and fall of the mobile industry’s legendary phone maker—Nokia. As we bid adieu to the much-loved Finns, we look forward to what the company has to offer, under a completely new management, and mindset. So long Nokia, you will be missed! 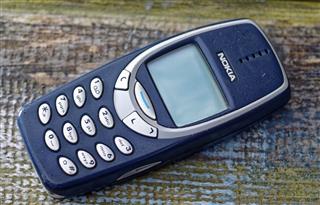 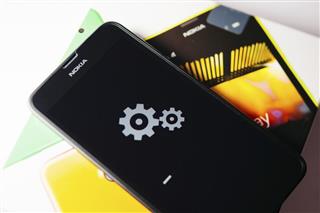