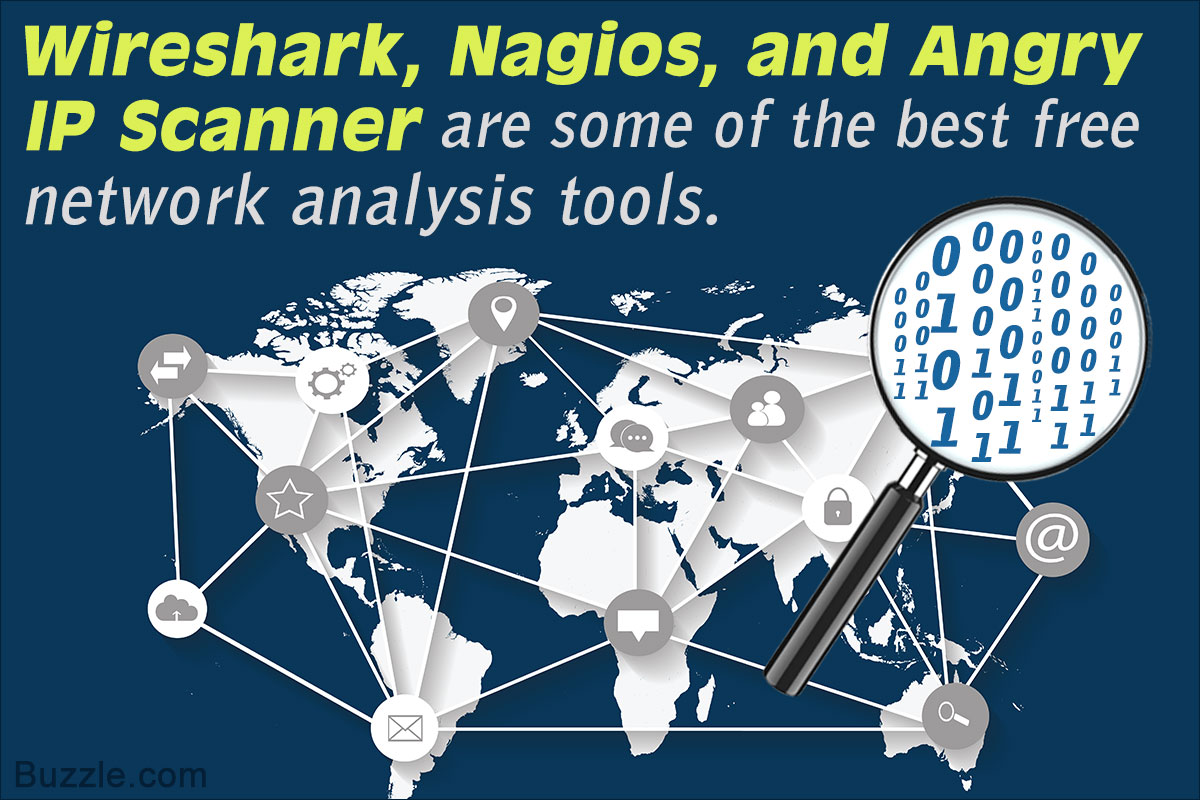 Have you ever wondered why your home network is acting like it’s from the 1980s? Is it due to an intruder, or that pesky neighbor’s son? Use these best network monitoring tools, and find out what is the cause.

It is the duty of a network administrator to keep the network and its connected computers healthy and in full working state. Network monitoring tools make this tedious task doable.

In this world of connected devices, network monitoring and analysis has become all the more important since the last decade. Network administrators today have to sometimes manage a network connecting hundreds, if not thousands, of network nodes and critical terminals. Here is the list of best network monitoring tools that you, network administrators, and security enthusiasts, will need for accomplishing your tasks.

It is one of the best open source network monitoring tools. It is very powerful and flexible, but the thought of setting it up manually, puts off many of its prospective users. If you know your organization well and can edit the configuration files manually, then you’ll start liking Nagios soon. Nagios allows planning for infrastructure upgrades before the network outage.

It automatically fixes and responds to issues as soon as they are detected. It can also set alerts in the form of email, SMS, and old-school hard copy printouts. Nagios also keeps a record of network outages, alerts and notifications as history, and helps the network administrator in meeting the service-level agreements. To supercharge Nagios, you should use it with plug-ins.

It allows the user to analyze protocol messaging traffic by displaying the data from logs and traces in the various visual formats like graphs, grids, timeline, and other custom formats. It can only be used for capturing live data but can also be used for analyzing archived data from multiple sources. Along with troubleshooting network issues, it can also used for testing and verifying many network protocol implementations.

It is a Mac-only app which shows the information related with data exchange done by the apps installed on a system. This is real-time data and it shows when and where the data is being sent and received from. This is a must-have for those who are curious about how Internet apps behave and work on their system.

It is a Microsoft Windows only software that runs in the background, and tells you all the information you will need regarding the status of a wireless network. With WirelessNetView, you can check network information like SSID (wireless network name), signal quality, authentication algorithm, MAC address, channel number, etc.

It is an ad supported network tool which can used for monitoring network components like computer and printers. It even reports the ink status of the network printers. It not only monitors the network but also give alert prompts to the user. It also comes with in-built Spiceworks community which can be very useful while troubleshooting network issues.

It is an auto-discovering network monitoring tool which can be run on a variety of platforms like Windows, Linux, FreeBSD, etc. It has a very simple interface showing the status of the network in the form of graphs and charts. It comes in 2 versions―Observium Open Source and Observium Professional. It doesn’t support auto alerts, so it is advised to use it along with Nagios, or some other network monitoring tool supporting auto alerts.

It is open source and one of the most widely known network packet analyzer. It can be used for network troubleshooting and development of other communication protocols. It is available for a wide variety of platforms like Windows, Mac OS, Linux, Solaris, etc.

It can also be used for packet sniffing as it can put many network interface cards into promiscuous mode. The downside to packet sniffing using Wireshark is that it doesn’t capture all the data packets required for studying the network. If you interested in studying a network for loopholes and other vulnerabilities, then switching to Kali Linux would make much more sense.

As the name suggests, this tool can be used for scanning a wide range of IP addresses along with their port numbers. It is available for Microsoft Windows, Mac OS and Linux, and doesn’t require any installation. It checks the status of every IP address in the given range. Users can also save information like MAC address, NetBIOS Information and save them to .txt, .csv and .xml files.

These are the 8 most popular network analysis and monitoring tools. If you are using or know of some other free network analysis tools, then please do share them with us through the comments section.