WhatsApp groups have helped in bringing us closer to our friends and family because, we are constantly in contact with everyone. But, there are some annoying things and people that come with it. Sadly, you can block a single person but not the whole group. This post is for every person who has dreamt about leaving a particular group because of various reasons.

You are here: Home / IT Jobs / 10 Things that Make You Leave WhatsApp Groups

WhatsApp groups have helped in bringing us closer to our friends and family because, we are constantly in contact with everyone. But, there are some annoying things and people that come with it. Sadly, you can block a single person but not the whole group. This post is for every person who has dreamt about leaving a particular group because of various reasons.

The Chances of You Meeting Annoying People!

WhatsApp is one of the famous applications that has gained immense popularity, over the recent years. It can be regarded as one of the most common ways of communication. There are many benefits like the constant interaction we can have or the options for you to share photos or videos to a person who is so far away from you. The free calling facility is another step ahead. But, we no longer use it only for the benefits because this has turned into an addiction.

There’s always another side to the story! Amidst all the addiction and benefits, there are several irritating things that we have to face. Some contacts or some groups are just of no use! The only good feeling you can get is when you’re out of it! Techspirited lists out some very common reasons that make you want to leave the group. We’re sure you can very well relate to them!

Oh God, that word (on WhatsApp) itself is enough to make you feel like keeping your phone away! A single person adds the whole family but it is quite amusing to see everyone asking “Who’s this?” to every number. Shame that some don’t even have their closed ones’ numbers. And later, what great fun it is to discuss everyone’s lives! You choose to leave.

You may have stopped getting a good night’s sleep because you have your phone pinging all the time! You were busy doing some work for 15 minutes, only 15 minutes! But still people had nothing better to do than talking in the group. I know, there’s an option of muting but the notifications just hurt your eyes! All you feel is, “Get me out of here!” Also, you so wish those chats could ever make sense!

You suddenly go to your phone gallery and realize that it is full of so many weird photos and videos. Motivational, funny jokes, stupid advertisements, just name it and you have it all in there!

Attack of the Smileys 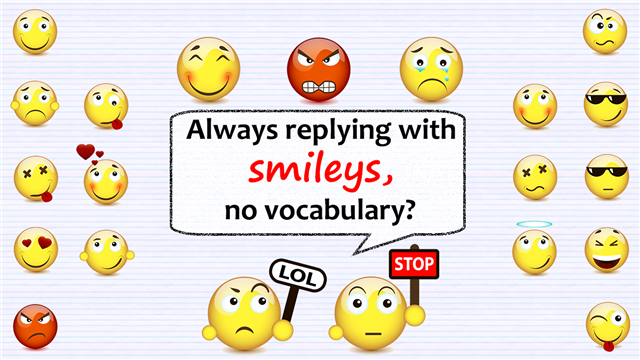 This is for people who have overcome the stage of “Hi, How are you?”, “Who’s this?”, “Long time!”. The group suddenly goes dead for some time. One person takes an initiative and sends something. After that, all you see is the smiley war people are fighting. I mean, seriously, what did you learn in school?

This happens when the group is quite old, and everyone has discussed and gossiped about everything under the sun. There are only two messages you see in the group, which are, Good Morning and Good Night! You feel happy that everyone is getting a life of their own but at the same time, you feel no point in being a part of such a group. 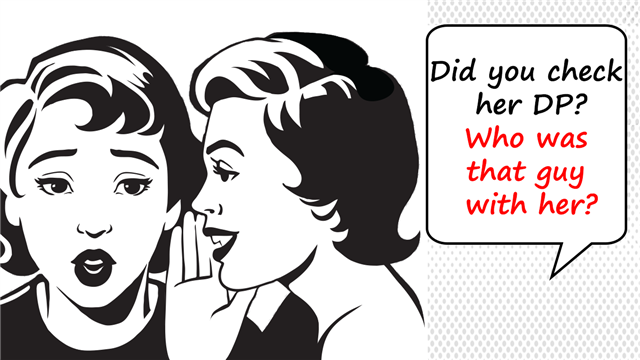 There are people who gossip about you behind your back. But, I am talking about those stalkers who will gossip about you, in front of you! You update your DP or a status, and the whole group starts discussing who the guy/girl with you is. They may have their own notions about you falling in love or going in depression, on the basis of your status. Hello, I am here and I don’t want to answer your questions!

A Better Place to Fight!

I didn’t have enough problems in my life so the group members decided to fight! Why can’t people just sort out their problems face-to-face? They will fight and the others will try to stop them! All I get is 300 messages, just because I am in this group and can’t leave!

Admit it that you must have had at least one group with people giving continuous updates about what they are eating, where they are, and don’t forget the famous, duck-faced selfies! Yes, we live our life too! But, away from our phones.

The People who Care

If you’re a person who is surviving in the group, only because you don’t want to hurt anyone; you’ll relate to this one. You keep ignoring the group because there’s nothing exciting about it! Plus, someone or the other keeps asking you the reasons of why you don’t talk in the group! Doesn’t this prompt you even more to leave the group?

The People who Never Existed for You

You have no say in who adds you in which group. Hence, you’re strangled in a place where there are people who never existed for you. Mind you, the feelings are mature! Either in school, college, or some trip; you never really bonded with some. Nevertheless, they are there and no matter what they always get on your nerves!

These were just some common reasons for leaving Whatsapp groups, while some may have different reasons on a personal level. We know, it is hard to leave a group because you don’t want to be answerable to every person. Finally, you decide to leave the group and you do! You give out a huge sigh of relief, but wait! Two minutes later, you’re added back! Unfortunately, you have to live with the ‘Mute’ option thereafter!