If you want to unlock exciting new characters and levels, or are looking to score an easy win against a tough adversary in Super Smash Flash, then you have come to the right place. In this Techspirited article, we present you with a few useful cheats and tips that you can use to enjoy this exciting video game to the fullest.

You are here: Home / IT Jobs / Super Smash Flash Cheats

If you want to unlock exciting new characters and levels, or are looking to score an easy win against a tough adversary in Super Smash Flash, then you have come to the right place. In this Techspirited article, we present you with a few useful cheats and tips that you can use to enjoy this exciting video game to the fullest. 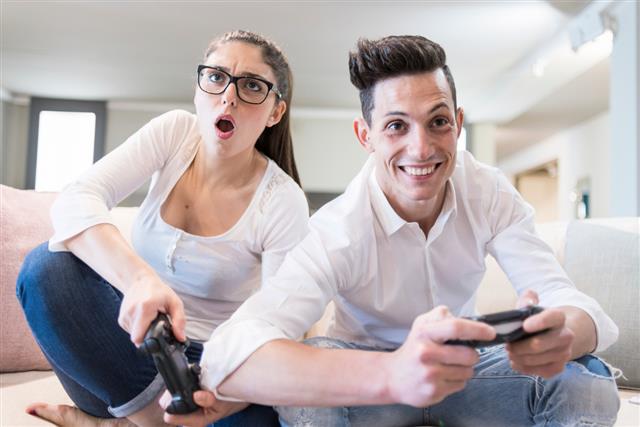 Abbreviated as SSF, Super Smash Flash is a non-profit, flash-game created by McLeodGaming and developed by Gregory McLeod (alias Cleod9). It is based on the game Super Smash Bros. Melee, and borrows several different elements from it, such as the menu format, gameplay modes, music, etc. It also comprises many of the characters from the Super Smash Bros. series, including Mario, Link, Kerby, Pikachu and Samus, and also introduces several new ones, such as Sonic. Mega Man X, Blade, etc.

As mentioned above, in terms of the gameplay, SSF resembles the official Super Smash Bros games. It is basically an arcade game, where characters are pitted against each other. Each character’s health is measured by a damage percentage counter, the value of which increases when that character is attacked. Thus, the more the percentage, the weaker the character gets, and the easier it is to knock it off the stage and win.

The game includes a total of 28 playable characters (excluding the double characters), out of which 13 are starter characters, and 15 are unlockable ones. Every one of these has a very basic move-set comprising only 5 attacks: standard, up, side, down, and aerial. Each character belongs to a special world, and has some distinct qualities.

Similar to Super Smash Bros., SSF has several game modes, including Classic, Adventure, All-Star, Target, Melee, and Multi-Man Melee. All these, except the All-Star mode, are unlocked from the start.

In the standard multi-player version of this game, the first player needs to work with the arrow controls and numeric pads, while the second one needs to use the keys : W, A, S, D along with O and P for attacking and defending respectively.

Most of the cheats for Super Smash Flash are actually for increasing or maintaining the health of the characters or to pass the levels and overcome the obstacles.

If you want to skip levels, then all that you need to do is to ‘right click’ on the game screen → ‘Settings’ → ‘right click’ → ‘Play’. You need to select ‘Play’, while the ‘Settings’ window is sill open. This cheat is valid only for 4 levels, while you play the Adventure Mode. Another cheat which is applicable in all game modes including Classic, All-Star, Adventure, is to right click at the top left corner of the game window. This will open a bar that has a ‘Forward’ option available on it. Hitting it, will automatically take the player to the next level.

To freeze your enemy, go to the training mode, and turn ON the attack. Wait until for your opponent’s move, and as soon as he attacks, hit the pause button and turn OFF the attack. Your opponent should be frozen.

You can try this amazing cheat using the character Crono. Go to the Peach’s Castle, then to the green pipe. Once you reach there, then hit the down key and press ‘P’. This should make Crono hold his sword out endlessly. If an enemy tries to touch you then he gets at least 550% damage inflicted on him before flying up and dying.

If you want to beat 100 Man, 3 Minute or 15 Minute, then all that you need to do is to keep jumping up on the top platform. This way, they won’t be able to get to you.

Here is another cheat that you can use in the All-Star Mode- Keep on skipping the fights until you are left with not more than 1 battle. Now hit ‘Backspace’ and try picking another game mode. By doing this, you will reach to the All-Star place with 3 hearts. Now skip one more level and you will reach directly to the fighting stage.

When you are up against Master Hand, when he is about to hit you, pause the game and he will go right through you without causing any damage. This trick can help you unlock all the characters in this game.

Apart from those mentioned above, the following are some random cheats/tricks that you can try for unlocking characters.

Super Smash Flash 2 is still in the development phase, and newer versions are periodically released in the demo format to give the public a preview of the progress that is being made. These versions include several bug fixes, new stages, character and gameplay enhancements, etc.