Can't get enough of The Sims? Love your virtual life more than the real one? Here's a list of some great online games like The Sims to play while you finish that milkshake.

You are here: Home / IT Jobs / 14 Simulation Games like The Sims to Play Online

Can’t get enough of The Sims? Love your virtual life more than the real one? Here’s a list of some great online games like The Sims to play while you finish that milkshake. 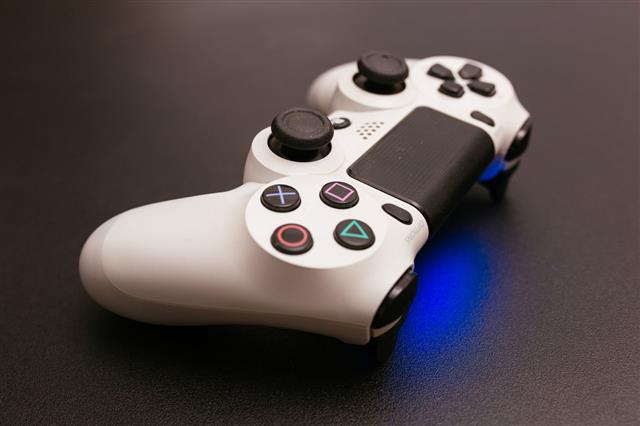 Did You Know?
Maxis, spelled backwards, is Six am, and comes as an Easter Egg in The Sims.

Are you tired of the same happenings in your neighborhood? Tired of laughing at the same joke day in and day out? Try The Sims, which is a life simulation game that imitates life itself. You can make new friends by interacting with others. You can share that drink with your boss like you always wanted to. And know all about that girl you have a crush on. But even if it’s simulated, the mechanics remain the same. Everyone has their own desires and gets motivated by different incentives.

The Sims lets you play different scenarios in different neighborhoods. Rather than the usual game, where you only interact with people, this game lets you interact till you base some relationship. The Sims was only the kind of its game when released in 2000. It was inspired by Little Computer People, a game played on the Commodre 65. Other games inspired by The Sims include Singles, Business Tycoon, and the Rollercoaster Tycoon series.

Here’s a compiled list of some games similar to The Sims, that we think you should definitely check out.

The Movies is a simulation game similar to The Sims. The player is in charge of a Hollywood studio, as he tries to survive making movies. The length of the movies can range from 30 seconds to 3 minutes. He is responsible for taking care of the actors, their needs, tantrums, and anything else they desire. Play this game to see the era of movies from the roaring ’20s, to the turbulent ’50s, and the free-love spreading ’60s, to the current future. Can you survive with the inflation of rising prices, political outbreaks, and the never-ending soap-opera of your own actors?

Have you ever wondered why you couldn’t bring your favorite goat from the petting zoo? No need to any longer, because this game lets you take care of all the animals you dreamed of. You start by taking care of animals at an abandoned farm. You progress through the game by growing crops, taking care of animals, making friends with others in the village, and finally with starting your own litter. The game is responsible for inspiring the series Farmville.

This is an online game focused completely on fashion and shopping. You overcome various odds as you try to reach the pinnacle of the fashion industry. You can play for free within your Internet browser. A must-have for fashion aficionados. It teaches girls to combine various accessories with dresses, thus improving your fashion sense. There’s a huge virtual world waiting for you, where you can make friends and discuss fashion.

A 2D life simulation game similar to The Sims, a player is given 10 years to rise above the ranks of others. He can choose any profession he wants, have a social life, but his choice affects the activities of his friends. While shopping, he can choose from 4 different categories: music, general, pets, and books. Having a girlfriend is totally optional, but is definitely an ego boost. It provides a good gaming experience for people wanting a casual game.

Likened to simulation games like Animal Crossing, it introduces the players to a visual paradise of talking piñatas. The player is tasked with growing and maintaining piñatas, as they try to survive the candy-hating Doctor Dastardos and his gang. Expansions of the game include Party Animals, Trouble in Paradise, and Pocket Paradise. If candy and colors are enough to get you to play, this game is for you.

Need a second chance in life? Tired of discussing the same things at work and home? Then this is the game for you. It lets you create an avatar (digital representation) of yourself, where you can interact with different characters. This game is unique, in the sense that there’s no objective to win. It’s more of a platform to interact with other like-minded people.

This world also has its own currency, called the Linden Dollar. You can use it to buy new clothes or houses, or even new moves to dance at some swanky club. You can use a Paypal account to convert real money to Linden Dollars. The Maldives was the first country to establish their embassy in Second Life. It has also been a successful matchmaker, as many couples who have met online have pursued their relationships in real life.

Instant Messaging within a Virtual Universe is similar to Second Life. This game lets you create avatars to interact with people. But a difference is that, Second Life charges people for their accounts if they wish to upgrade, while IMVU doesn’t.

IMVU also contains its own currency based on IMVU ‘credits’ and promotional credits. A third form of currency exists for people who sell custom-made items, called ‘developer tokens’. They are earned when a user purchases these items with credits.

A series of games similar to The Sims series, but developed for slower computers or for laptops with lower system requirements. They include The Sims Life Stories, The Sims Pet Stories, and The Sims Castaway Stories. Each game has different stories molded into it. You can even play in free mode, and explore your environment at will. The game is a must-have for Sims fans, and for people into life-simulation games. As with other games related to The Sims, these don’t disappoint in their gameplay and structure.

Similar to The Sims, the player can create Mii-like characters in this world. Also, the player can interact with other NPCs, form relationships, and have some crazy adventures. The Mii characters are cute versions of your 3D avatar.

A new feature in this game is ‘Essences’. They can be found via solving mini-quests around town. These are used for painting the house, construction, as well as decoration. Five sequels have been released, namely, MySims Kingdom, MySims Party, MySims Racing, MySims Agents, and MySims SkyHeroes.

This is an online game, where players can work from home, go to school, or just enjoy a romantic evening in town. It has a sequel called SocioTown: Uninvited Guests, where the main character has to get rid of his guests without making it obvious. The game is pretty similar to Habbo Hotel and VMK. Users of the VIP level can have houses and apartments.

In this too, players get the alternative to choose a career, and build relationships for a particular avatar in the game. But the game is played in real-time, as you become a family man and guide your children to the next generation.

It lets you play the doctor by finding the cure for different illnesses, through solving puzzles and hidden messages by interacting with the characters. The game is suitable for laptops with low configuration. It also won the Silver Mom’s Choice Award in 2009.

In this game, the player plays God to miniature human-like creatures called Keflings. The player can collect resources which helps to create structures and more buildings. The main objective of the game is to build a castle. But the game officially never ends. You can continue to create as many structures as you please.

This multiplayer game lets in only 4 people at once, including the host. The host has the option to kick out any other player in the game. When a player is kicked out, his game is split from the original, and he’s left to host his own game. Only the host can save the online game. A sequel titled A World of Keflings was released in 2010.

This is a very interesting game where you play God to some people shipwrecked on an island. You create a civilization from scratch, and establish a functioning society in this fantastic game, where the odds are controlled by you.

Many wonder why people play simulation games when there are many problems in the real world. To them we answer, it lets us fulfill our desires and gives us an ego boost. And the main reason why Cypher, in the movie The Matrix, decided to go back inside, is because Wonderland is far more comfortable. So, for those complaining that they don’t have enough, try and finish this list.