The Gear 2 and Gear 2 Neo are Samsung's latest smartwatches. This Techspirited article tells you all about the features and specifications of the Gear 2 and the Gear 2 Neo, and if they really are worth your money.

You are here: Home / IT Jobs / Samsung Gear 2 Review – Smartest of the Lot 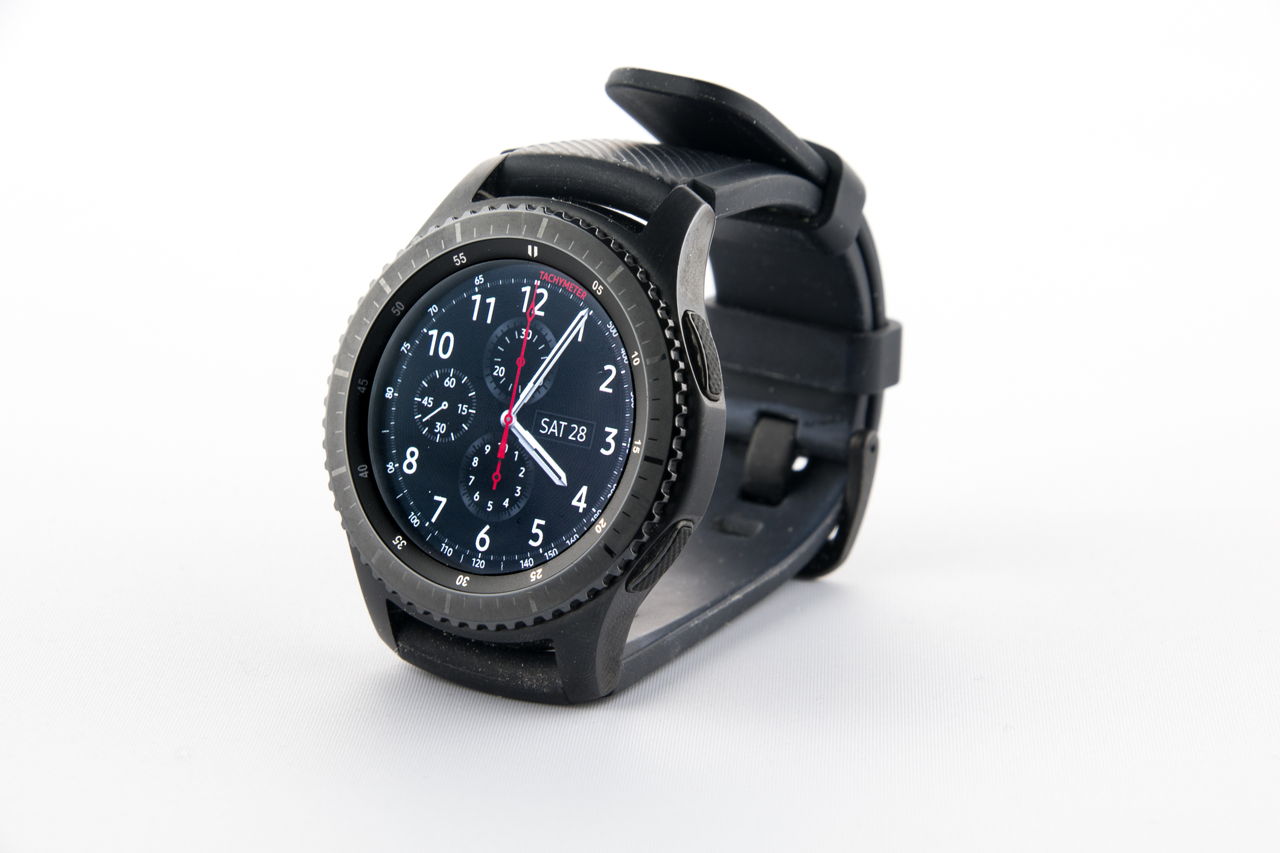 The Gear 2 and Gear 2 Neo are Samsung’s latest smartwatches. This Techspirited article tells you all about the features and specifications of the Gear 2 and the Gear 2 Neo, and if they really are worth your money.

The Samsung Gear 2 and Gear 2 Neo are expected to be launched in April 2014.

Smartphones are now passe, with innovation having made way for evolution. Nothing quite seems to be exciting about the new plastic-brick phones in the market today, with almost all packing some real impressive hardware and features. The emerging market now seems to be that of smartwatches. The Pebble was probably the first watch to pave the way for an entire fleet of smartwatches from almost all the big players in the mobile arena.

The biggest player in the market, Samsung, was amongst the first to take the plunge into this highly-lucrative segment. The company launched the Samsung Galaxy Gear, a smartwatch that even 007 would be proud to own. To call the Galaxy Gear a feature-rich device would be an understatement. In fact, the device was so overloaded with features that it seemed more like a geekwatch rather than a smartwatch. Needless to say, the Galaxy Gear didn’t sell too well, in spite of some aggressive campaigning by the Korean giant.

Determined to make amends for its abysmal performance in the smartwatch arena, Samsung is back with a new-and-improved version of the Gear. This time around, it sheds the weight of the galaxy from its shoulders, and now sports a smaller name, the Samsung Gear 2. The smartwatch also brings in its sibling to play, the Samsung Gear 2 Neo. The Neo is identical to the Gear 2 but leaves out the camera and sheds a few grams too. So, do the new breed of smartwatches have what it takes to avenge the loss of their predecessor, or are these also soon gonna be lost into oblivion. Here’s taking a look.

The Gear 2 has dimensions of 36.9 x 58.4 x 10.0 mm, and weighs 68 g, whereas the Gear 2 Neo is just a bit lighter and a tad bigger with dimensions of 37.9 x 58.8 x 10.0 mm, and tipping the scale at just 55 g. As compared to the Galaxy Gear (36.8 x 56.6 x 11.1, 74 g), both smartwatches are a whole lot lighter and have a slightly broader face. The camera (Gear 2), the new infra red transmitter, and the mic are now integrated into the main body.The strap can now be replaced with a standard 22 mm strap. The screen is encased in a brushed-metal body, with the IrLED sensor and camera (Gear 2) at the top, and a new physical Home button sitting just below the screen. The sides are rather bare, other than the slot for the speaker and mic. At the back, toward the top, is the heart-rate sensor, just below which, are the pogo pins for the charging case. The watches are now a lot more resistant to the elements and come with a IP57 rating (dust and water resistant).

The heart-rate sensor on the Samsung Gear 2 and Gear 2 Neo.

We loved the industrial, yet classy design of the Galaxy Gear, and are pretty pleased to see them make another appearance on Samsung’s new smartwatches. We absolutely hated the camera-strap on the original Gear, and are extremely happy to see the replaceable straps on the Gear 2 and Gear 2 Neo. Overall, the smartwatches handle better, and thankfully, don’t scream out for attention.

The Gear 2 and Gear 2 Neo get a bumped up 1 Ghz dual-core processor as compared to the 800 MHz single-core processor on the Galaxy Gear. The 512 MB of RAM remains unchanged, and so does the 4 GB of non-expandable storage. The sensor at the back of the next-gen Gear constantly monitors your heartbeat. It can track the calories you burn, the steps you take, and it also tracks your sleeping pattern. The Gear 2 and the Gear 2 Neo have all the hardware to make them extremely handy fitness trackers.

No complaints here. The upgraded processor should ensure even faster transitions and should handle the basic tasks a lot better. The fitness tracking features on Gear 2 and Gear 2 Neo are bound to be quite a hit with the masses.

Although both smartwatches are slightly broader than the original Gear, they retain the same 1.63″ Super AMOLED screen of the latter. The 320 x 320 pixels screen is great to look at, although we wish the sunlight legibility were a little better. Nonetheless, the display looks nice and crisp, and is an absolute joy to play around with.

Our only complaint with the original gear was its poor sunlight legibility. It’s a pity that the company have retained the very same screen, and in turn, the same problem that plagued the first generation of the company’s smartwatch.

We’ve never really been big fans of the camera feature on the Galaxy Gear. Well, for all those who asked for higher resolution ‘spy shots’, the company now packs the Gear 2 with a 2 MP auto-focus camera that captures full HD images. HD videos ([email protected]) can be recorded and played back in 3GP or MP4 formats.

The camera performs just as well as most secondary cameras on smartphones, and is marginally better than the one found on the Galaxy Gear. Video recording is still limited to 10-second clips at a time, while you can capture as many images as the 4 GB memory on the device can handle.

This is the major change in the new series of smartwatches released by Samsung. The smartwatches now run on a Tizen-based wearable platform. The OS should be a lot faster than the original Android OS that powered the Galaxy Gear. It should also mean better battery management. You can now leave your smartphone back at home, and listen to your favorite tracks right from the Gear 2 and Gear 2 Neo using a Bluetooth headset. The smartwatches also bring a new WatchON remote which uses the IrLED sensor to control most of the electronic devices at home. Apart from these, the new smartwatches retain all the features of the original Gear, like Bluetooth calling, phone notifications, media controller, Smart Relay, S Voice, etc.

We’re not completely sold on the Tizen platform just yet, but were not too pleased with the cooked up Android version running on the Galaxy Gear. The new platform should be a lot less power hungry, and the company claims that it is a lot faster than the previous OS. The music player function is a pleasant addition and the WatchON Remote too can be pretty handy. Bluetooth calling was definitely not one of the strengths of the Galaxy Gear, but the better placement of the mic and speaker should help improve voice quality during calls.

The Gear 2 and Gear 2 Neo now pack a Li-ion 300 mAh battery. The company claims that this should last you 2-3 days on moderate use. Normally, that should translate to at least one whole day of use on a single charge. The smartwatches can be charged using a proprietary charging case.

The battery life of the Galaxy Gear was disastrous, and we have alarm bells ringing at the thought of a smaller battery (Galaxy Gear had a 315 mAh battery) in the new smartwatches. We’re guessing that the new OS should manage power better, but we definitely were expecting to see a beefier battery on the new smartwatches. The thought of charging our watch every night does not really excite us, but at least, it is a lot better off than scrambling for the charger halfway through the day.

Samsung surely seem to have learned a lesson or two, since the Galaxy Gear debacle, and the latest variants of its smartwatches are definitely an improvement on the original smartwatch. Developing a fitness-centric device might turn out to be quite a masterstroke for the company, given the sudden surge in popularity of fitness tracking devices. Whether this translates into improved sales is a whole different matter. The Samsung Galaxy Gear was outrageously overpriced, and we won’t be surprised if the Gear 2 would come with a rather premium price tag. The Gear 2 Neo might come in just a little cheaper than the Gear 2, but might still cost you most part of a leg and an arm!

Time alone will tell if Samsung’s tryst with smartwatches pays off, or if it is simply not geared to take on the smarts of the other watches. Cheers.