With the death of the much adored iPod, music fans are heartbroken and lost. The blasphemous decision of Apple is still pondered upon. In the desperate search for a alternative that would satiate the hunger of music, this article will surely come as a boon to you. 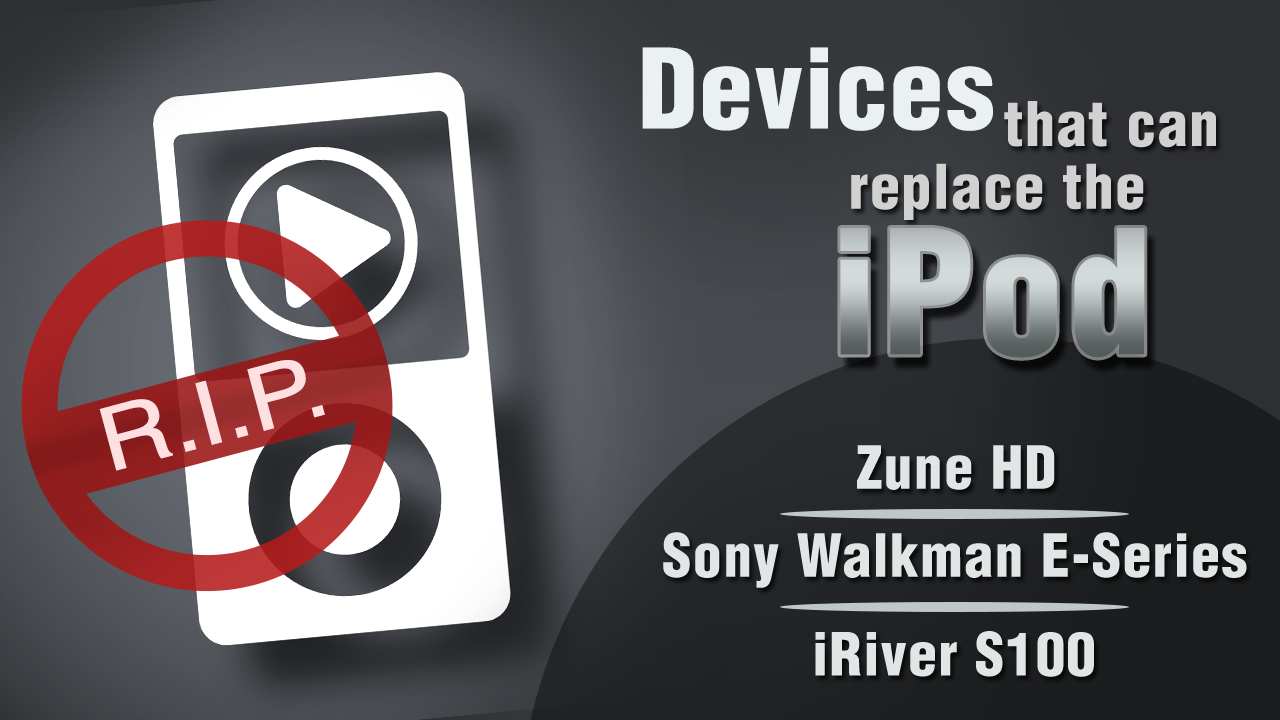 With the death of the much adored iPod, music fans are heartbroken and lost. The blasphemous decision of Apple is still pondered upon. In the desperate search for a alternative that would satiate the hunger of music, this article will surely come as a boon to you.

They were put to shame. Bruised. Battered. Beaten to death, all the gadgets that attempted to outrank the iPod. They were ambushed and annihilated. But now that the iPod has left the world so unceremoniously, there is nothing else to do but to search for an alternative. And we reckon that’s what brings you here today – the truth is, even this year, the iPod touch had all its competitors fall by the wayside. Yet, its rivals eye upon the very shortcomings the iPod has put forth their gadgets which seem to take the world by storm; steadily, but they’re getting there. On that note, how about hashing over the options closest to the iPod touch, even though they’re far from touching the king of multimedia players? Are they good enough to make you shift from your iPod touch and give them a try?

One of the biggest competitors of the iPod is undoubtedly Microsoft Zune. The Microsoft owned device offers you quality songs and features although with time most of its features have weathered away. The basic features are just what you might need from a media player. The smart-phones have now taken the place of the media players, but you do get the benefit of battery when it comes to Zune. Also with a Windows system, you can sync it with your laptop or PC too.

The Sony Walkman E-series is the one good pick as an alternative to the iPod. Sony has been in the business for as far as we can remember, right from the first brick sized walkman till this masterpiece. The device is amazing, with a simple interface, a long battery life and great sound quality which you can always expect from Sony.

The Astell & Kern AK Jr is one of the best-in-class portable music players. It has got a solid build and a great sound quality. It has got incredible memory space that allows you to keep your myriad collections and listen to them over and over. With a great battery backup you dont have to worry if it will run out of battery soon.

A music player equipped with a DAB and FM radio is what you get when you buy a iRiver S100. The light weight slim player can store a decent amount of songs and can tune in to DAB or FM radio anytime you wish. It comes with a good lossless format and a stylish design. The sound quality is good and it also provides some customization to make it better.

The HccToo music player is a small device in a plastic casing, but does a lot more than its size. It has a menu with music, videos, images, ebooks, radio, and tools. It can store a good chunk of songs and the loudspeaker is pretty good for its size. The music player can come in handy everywhere and the plastic casing makes it all the more lighter.

The list above is surely something that can soothe the music fans after the departure of the iPod and not just soothe, but make them fall in love again with portable music players. So pick an option and resume your schedule, for each of the devices above will surely serve the purpose.