The smartphone battle of all ages is here! The iPhone 4 and its latest version, iPhone 4S, go head-to-head with the giant Samsung Galaxy SII. Scroll below for a comparison of their key features and specs. 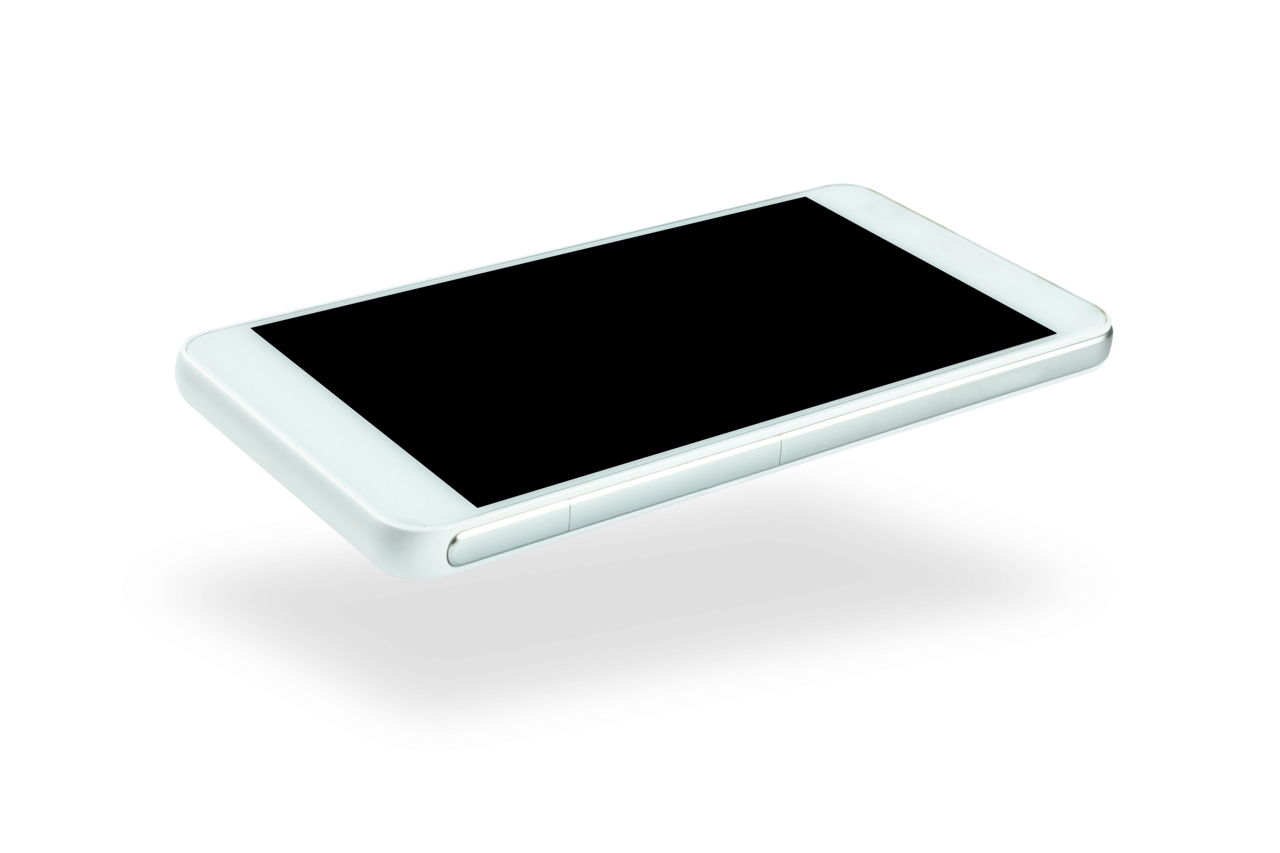 The smartphone battle of all ages is here! The iPhone 4 and its latest version, iPhone 4S, go head-to-head with the giant Samsung Galaxy SII. Scroll below for a comparison of their key features and specs.

In the constantly changing world of technology, something better always seems to be around the corner. The latest iPhone model, the 4S, an upgraded version of the iPhone 4, has entered the cut-throat arena of smartphones. While the entire world was expecting the iPhone 5, the iPhone 4S features are impressive enough to make this phone stand out. Its nearest competitor, in terms of performance, features and price is the Samsung Galaxy SII, currently the most powerful member of the Samsung Galaxy family. To understand the key differences and similarities between these two newbies, read on for an in-depth comparison and how the iPhone 4 fares against its upgraded version, in an iPhone 4S vs. iPhone 4 vs. Samsung Galaxy SII face-off.

iPhone 4S Vs. iPhone 4 Vs. Samsung Galaxy SII: The Showdown

The 3 phones are compared on the basis of the following features:

Physically there is not much difference between the new iPhone 4S and 4 models, one is slightly heavier than the other and both are slightly heavier than the Galaxy S2. The antenna issue that plagued previous iPhone models, is said to be resolved in the new iPhone 4S. Screen-wise all 3 models are very eye-friendly, no need to squint or strain, and watching videos on such a wide-screen is a pleasure. Both Apple and Samsung screens are vibrant and clear with excellent picture and video rendering. Choosing between the two on the basis of design, is difficult. Apple fans will love the elegant and classic iPhone style with the very vibrant screen. Plus the phones come in black and white coloring. The Galaxy S2 looks a little plain in comparison but it has a no-frills appeal.

So what’s new in iPhone 4S under the hood? For starters, it is equipped with a super speedy, dual-core A5 processor, which allows it to function seven times faster than the iPhone 4. Multi-tasking is quick and the phone is highly responsive and fast in any task, from web browsing to e-reading. The graphic quality is so superb, and with its high-performance, you can play games at ease on this phone. Higher processing power also promises a better battery life for the phone. Both the Galaxy S2 and the iPhone 4S have impressive processors, so one cannot really compare between the two. But the decision maker is the OS. The iPhone 4S boasts the latest iOS version, the iOS 5. With impressive features like PC Free, reminders, easier camera shortcut, iMessage (free messaging across iOS 5 iPhones, similar to Blackberry’s BBM), this mobile OS is a formidable opponent for the Android platform.

Both the iPhone 4S and the Samsung Galaxy S2 have top-notch media capture features, with an 8 MP camera and HD video recording of 1080p. Tech features like a backlight sensor and LED flash, make video and picture capturing easy for the novice and advanced enough for the professional, on both phones. The latest iPhone 4S front camera has poor VGA quality, as opposed to the Galaxy S2’s 2MP camera. But it has face detection and on-phone media editing. In a iPhone 4S vs iPhone 4 comparison in terms of camera specs, the iPhone 4S has 60% more pixels and a higher video recording factor.

In terms of connecting interface, the Galaxy S2 beats the iPhone 4S hands down. The iPhone 4S is equipped with the Apple’s standard 30-pin proprietary connector, which needs a USB cable to plug into a computer. While the S2 has a USB port, it is USB On-The-Go (USB OTG) capable meaning, external USB devices can be plugged into it, just like a PC. So you can store and transfer data between the flash drives and phone directly without needing a PC. Plus the Galaxy S2 can be connected to an HDTV using a MHL (Mobile High-definition Link) and can be charged through the same port; two futuristic features in one smartphone!

Each iPhone model is marketed as something unique, equipped with features neither its predecessors nor its competitors have. So let’s cut out the middle man, the iPhone 4 and have an iPhone 4S Vs Samsung Galaxy S2 comparison, to see who’s got what.

The iPhone 4S takes the term “smartphone” to a new level with Siri, the voice operated software feature. Usually voice commands can be used to call certain contacts or open programs. The iPhone 4S Siri can understand complete sentences and commands intelligently. What’s more, it talks back to you. Ask it to store a reminder that it’s your friend’s birthday tomorrow or that you have left your keys in your desk. Ask it about the weather and get a reply on how sunny or cloudy it is and what’s the temperature. You can even ask Siri to dig up information for you, like “what’s the capital of Argentina” or “where’s the nearest laundry” and it will search and answer you in a robotic monotone. You can also tell it to text your coworker, that you are going to be late. This voice recognition app for iPhone 4S, is said to be highly responsive and intelligent and even supports multiple languages.

The iPhone 4S has two wireless features that enhance its usability: AirPrint and AirPlay. Print photos, PDFs, notes, maps and text from your iPhone 4S, through an AirPrint-enabled printer, wirelessly. Just open the document on your iPhone and tap to print, the command is sent to the printer and the document is printed. With an Apple TV adapter, you can play media from your iPhone 4S on your HDTV wirelessly. This phone is equipped with a useful and interesting set of built-in apps. Aside from old-time favorites (iTunes, Safari), new additions include Newsstand, a YouTube app and Find My iPhone (helps you find your iPhone, excellent for forget-it-alls). If you want more and more apps, access the App Store from your iPhone and go nuts over the 500,000 (and more) apps available.

What’s Unique about the Galaxy S2

For starters, the Galaxy S2 can connect to 4G networks through the carrier AT&T. This makes it one of the few phones to allow the latest high-speed network access. The Galaxy S2 is also embedded with a Near Field Communication (NFC) chip. This latest communication technology allows wireless transfer between different devices at a distance of a few centimeters from each other. This phone even acts as an independent USB device, with UTG. App-wise, the Galaxy S2 taps into the huge Android universe of apps. So whatever you need on your phone in terms of apps, is accessible. Built-in apps include a mini diary, a photo and video editing app, so you can edit media on your phone and Kies Air, which syncs data wirelessly between your PC and phone. The Galaxy SD has a microSD card slot for storage expansion up to 32 GB. Like the iPhone 4S, the Galaxy S2 will allow wireless streaming of media between various devices such as TVs and tablet PCs. So you can play a slideshow of your phone’s images on your TV wirelessly. The catch here is that you do not need a separate adapter or device in the middle. The S2 is equipped with the AllShare app, that allows wireless streaming between DLNA certified devices.

So which should you pick, the iPhone 4, 4S or the Galaxy S2? Frankly if you own an iPhone 4, you really shouldn’t replace it with a 4S unless there’s a trade-in program or offer through your carrier. If you can, hold out for an iPhone 5 (ETA June 2012). For once, an iPhone is available for Sprint users. So if you are a Sprint user and want a new high-tech phone, go in for the iPhone 4S. Choosing between the iPhone 4S and the Galaxy S2 is very difficult to do, as they are nearly equal in power and features. Ultimately it comes down to the OS, so are you a Mac fan or an Android geek? Keep in mind, that the Android OS is more developer-friendly, can be upgraded repeatedly and is a more open source. With the iMac, you are restricted to a pure Apple experience. But there’s something to be said for exclusivity. Both are world phones, so if you are the traveling sort, you can easily take your phone along. So be smart and pick the right smartphone based on your tech preference and carrier quality of service at your location.