Kids and grownups alike love to flaunt their latest gadgets, more so if they have a beautiful 'i' device. But if you don't use your phone's battery wisely, by the end of the day, you could be left with an extremely beautiful (not to mention very pricey) brick in your hands. Here's a look at some simple tips to get the most of your iPhone's battery.

You are here: Home / IT Jobs / iPhone Battery Draining Fast

Kids and grownups alike love to flaunt their latest gadgets, more so if they have a beautiful ‘i’ device. But if you don’t use your phone’s battery wisely, by the end of the day, you could be left with an extremely beautiful (not to mention very pricey) brick in your hands. Here’s a look at some simple tips to get the most of your iPhone’s battery. 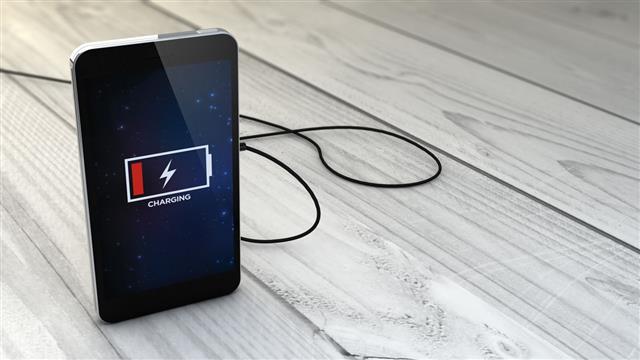 As clichéd as it may sound, the truth is, love it, hate it, there’s absolutely no ignoring ‘i’t. The iPhones have always bragged about their brilliant hardware, and the fluid OS on board, but more often than not, their battery life leaves a lot to be desired. Some problems that are software-related, are usually taken care of with the frequent firmware updates for the phones, but the problem hugely lies with the battery itself, which just doesn’t seem to have enough juice to power it through a day. While most users won’t really have much of a problem with the battery life, it is the ardent gamers, the ones who enjoy surfing the Internet for long hours on their phones, and use their phones as their personal ‘i’ theater, who would really feel the pinch of the miserly battery. What further adds to their woes, is the fact that the iPhones have a non user-replaceable battery, which means you don’t have the option of carrying a spare battery in case your phone dies on you. But not all hope is lost, here are some real simple tips to save on the precious battery of your beloved iPhone. Some of the main causes for your iPhone battery draining out quickly are stated below, along with some simple workarounds to make it last longer.

Brightness
The biggest chunk of the battery on any phone is used to power its screen. The screen on board the iPhone, across its many variants, has been the crown jewel of the device. Although the engineers at Apple did a great job with trying to reduce the power consumption of the IPS screens used on their devices, the screen still is rather power hungry. The phone has an ambient light sensor, which adjusts the screen brightness according to the light in its surrounding. You can turn this feature on from the Settings Menu, by enabling Auto-Brightness (Settings > Brightness > Auto-Brightness > ON). Also, from the same menu, turn the brightness of the screen to the lowest possible setting, without hampering its legibility. There are also various apps available for iOS, which help to set the screen brightness, and other settings of the phone according to the time of the day.

Apps/Widgets
Any app that runs on your device taxes the processor, which in turn consumes battery. There are a lot of apps and widgets that run in the background on an iPhone. These contribute to a significant portion of the battery usage on the phone. The simplest way to take care of this is to have only the necessary apps running in the background. You can check to see all the apps running on the device by double-clicking the home button. You could then easily ‘kill’ all the applications which are eating away at the precious battery life of your phone. Again there are a lot of apps available in the App Store to help you with managing the software that run on your phone.

Bluetooth & GPS
Extensive use of bluetooth and GPS will see you deplete the battery of your phone in just a matter of hours. You would be well-advised to use these features sparingly, and switch them off after use. Turn off the location services on your phone, which constantly try to connect with the GPS satellite, in turn taking a serious toll on the battery. (Settings > General > Loacation Services > OFF)

3G/LTE/Wi-Fi
If you are online 24/7, and want updates about stocks, or weather and news updates, or just want to see what your friends on Facebook are up to (every five minutes!), then the iPhone most certainly isn’t the phone for you. Your phone draws a lot of power trying to latch on to a signal, especially on an LTE connection (only available on the iPhone 5). Although it is rather difficult to give up LTE, especially after having used it once, use the connection sparingly (although the high mobile LTE tariff should act as a very good deterrent!). Although the whole point of having an LTE-enabled phone is to use the blazing-fast LTE service, the battery on the iPhone cannot handle the abuse for too long, and will give in after a few hours. To save on battery life, manually switch your phone to a non-LTE band, when you aren’t surfing the Internet. Also when not in use, switch off the Wi-Fi receiver on your device.

Charging Cycles
This is a common mistake that most of us tend to make. It is a real bad idea to charge your phone every now and then, as it greatly affects the life of the battery in the long run. Ideally charge your phone only when the battery comes down to about 20% (the phone would constantly nag you to do the same when the battery reaches this level). This would ensure proper and efficient charging of the phone. As much as possible, do not take the phone off charging before it is fully charged, this again hampers the life of the battery. Also never overcharge your phone (don’t keep charging the phone even after it is fully charged), as this too greatly reduces the life of the battery.
Apart from these factors, there are a lot of things that affect the battery life of your phone, like camera usage, frequent retrieval of email, and the amount of time you spend listening to music. Always use genuine accessories for your phone, and install the software updates released by the company from time to time for your phone; these would help to save on the battery. If however, your iPhone isn’t all too old, and barely makes it through the day of moderate use on a single charge, you might want to take it to the dealer and have it looked at. Although they say, ‘with great power comes great responsibility’, for your iPhone, responsible use will make sure that you remain ‘in power’ for longer.