What are intermediary devices in a network? What is the role played by them? Read to get all the answers.

You are here: Home / IT Jobs / Intermediary Devices

What are intermediary devices in a network? What is the role played by them? Read to get all the answers.

A computer network is a complex union of various devices that creates a self-contained data sharing and processing system. Other than the computers themselves, there are various intermediary devices that make data transfer possible. These devices are like the backstage artists of a play, that work behind the scenes and get little recognition.

Intermediary Devices in a Network

Computer networks vary in scale from small work groups, local area networks (LANs) to some of the largest networks like the Internet. They are all created from connections between computers. These devices make the data transfer and regulation of these networks possible. They are designed to serve many functions like making data flow control decisions, encryption, modulation, and demodulation, provide network security, and most importantly, provide point-to-point connectivity. Here are some of the prime examples.

Network switches or packet switches are devices that connect the various segments of a network, and their main function is switching packets of data. Also known as a network bridge, they switch processes and direct data at the level of the data link layer, which is second of the OSI model layers (concerned with physical addressing of data). A switch may also operate at the level of other OSI layers like the physical, network, or transport layer. Multilayer switches act at different OSI layers simultaneously. Network switches play a vital role in the functioning of local area networks.

As its name suggests, a router is an intermediary device that regulates and directs data traffic between computer networks. It forwards data to various network destinations and controls its flow between two or more logical subnets, which do not have the same network address in a large network. It selects the optimum path for data transfer between two points in a network. Routers are one of the most vital network devices that make data transmission possible.

A modem (modulator – demodulator) is an intermediary device that converts analog signals transferred over networks into digital signals and digital signals back to analog. They enable the transmission of digital data over analog mediums like telephone lines and optic fiber cables.

A wireless access point (WAP) is an intermediary device in a network that connects various types of wireless communication devices with wireless networks. The connectivity is made possible through ‘Bluetooth’ and ‘Wi-Fi’ technologies. It acts as an intermediary between wireless and wired devices that are part of a network.

Working at the physical layer of the OSI model, a hub is basically a connector between Ethernet segments, which also control the bandwidth sharing among connected computer terminals.

Repeaters are network devices that carry out the task of maintaining signal strength during transmission through a network. They regenerate data signals and amplify them for further transmission.

A firewall is any hardware appliance or software designed to filter network traffic that passes through it, according to certain criteria and trust levels set by the network administrator.

These were some of the most common devices that are part of every computer network at any scale. Some other examples of intermediary network devices are proxy servers, gateways, and digital media receivers. Without them, the working of a computer network would be next to impossible. 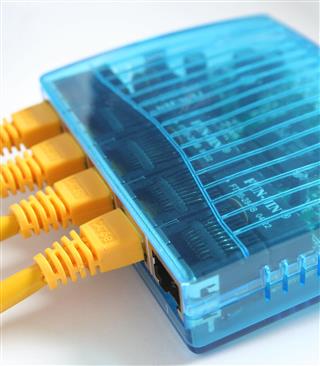 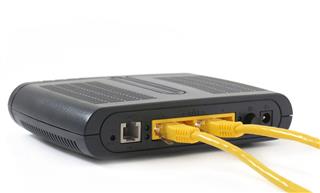 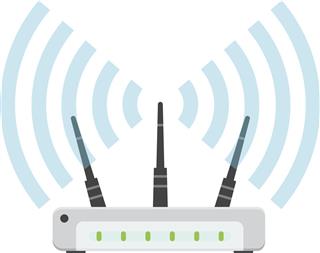 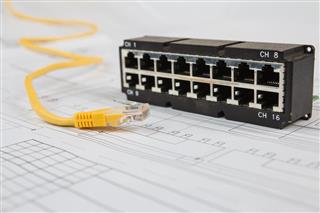 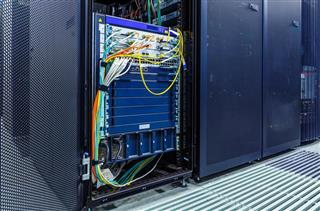