How Does a Flash Drive Work? We Knew You Wanted to Know

You must be using flash drives very often. But do you know how they work? Read on to learn how flash drives work.

You are here: Home / IT Jobs / How Does a Flash Drive Work? We Knew You Wanted to Know

You must be using flash drives very often. But do you know how they work? Read on to learn how flash drives work. 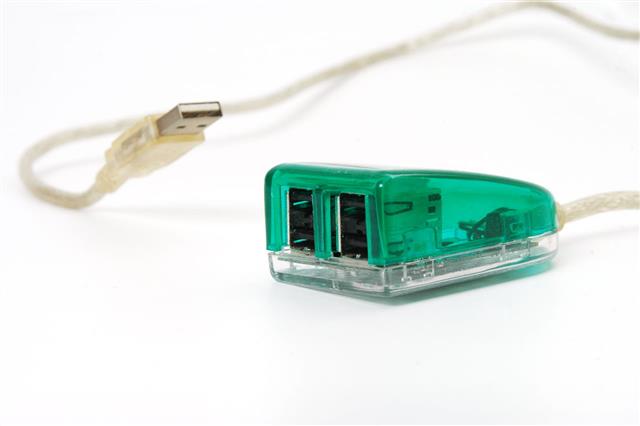 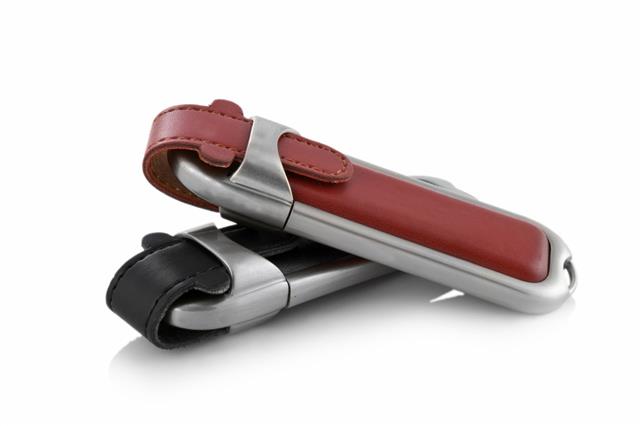 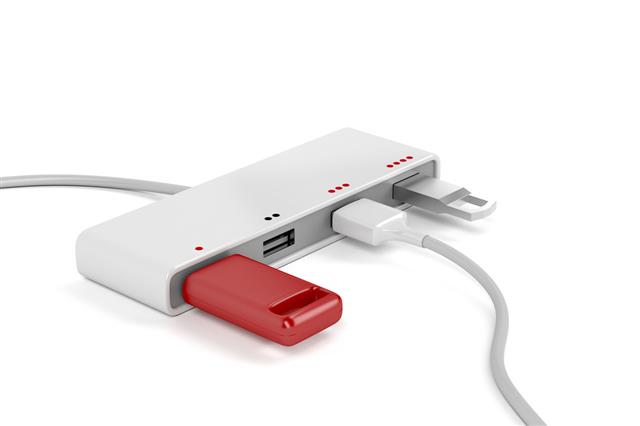 Flash drives are often used in products that operate on low power and those which may have to undergo harsh conditions. Flash memory is non-volatile and hence flash drives do not need to be backed up with batteries. Flash memory is solid state. This implies that nothing in it is mechanical. Everything is purely electronic. Flash memory has a grid of columns and rows and a cell having two transistors at each point of intersection in the grid. A thin oxide layer separates the transistors in each pair. One transistor in the pair is known as a floating gate while the other is known as a control gate. The floating gate can hold electric charge. It is in electrical isolation due to the oxide layer separating it from the control gate. So, any electrons placed on the floating gate stay on it. This makes flash memory non-volatile. The working of flash memory is precisely the addition and removal of electrons to and from the floating gate.

It has to be inserted in the USB port on a computer. Today’s operating systems can detect flash drives and install the necessary drivers on their own. Once the device is detected, it can be used for storing data. The device needs to be ejected from the computer once its work is over. The system prompts you when it is safe to remove the flash drive, after which it can be removed physically.

A flash drive consists of a PCB that is, a printed circuit board. It is covered in a plastic or rubber casing, which makes it sturdy. A USB connector that protrudes out is covered with a removable cap. Most flash drives use type-A USB connection making them compatible with standard type-A receptacles. Hence they can be connected directly to a port on your computer.

Flash drives implement the USB mass storage device class, thus they do not require any additional device drivers. When a flash drive is plugged into a computer, what is presented to the computer’s operating system is a block-structured logical unit. This achieves abstraction from the complex implementation details of flash memory devices and the OS can use any file system or block addressing system. In short, the operating system treats it like a hard drive. Once plugged in, a flash drive enters the emulation mode which means it emulates a hard drive thereafter. This makes data transfer between the flash drive and your computer much easier.

Flash drives are used in running lightweight operating systems in order to turn personal computers into network appliances. In such cases, they contain the operating system and are used to boot the system. You are familiar with CDs or floppy disks used for booting purposes, right? But flash drives have an edge over other devices due to their low power consumption and low rate of failures. Moreover, flash drives are small in size and portable. They enable speedy transfer of data with less difficulty. Mostly, they are plug-and-play devices. They do not require any special training on your part to be able to use them. They have a large memory store, a memory capacity larger than that of floppies or CDs.

During the early years of their evolution, flash drives could not survive too many erase cycles. This made earlier flash drives unsuitable for data needing frequent updates. To fill this lacuna, vendors devised wear-leveling techniques that relocate writes to physical memory locations. Today’s devices are made to survive a larger number of erases.

USB flash drive is a buzzword in computer technology today. It is a flash memory storage device of the NAND-type. The essential components of this flash drive include a male type-A USB connector, a USB mass storage controller, a NAND flash memory chip and a crystal oscillator. The USB connector acts as an interface between the device and the computer. The storage controller consists of a tiny RISC processor. It also has some amount of on-chip memory (it can be ROM and RAM). The flash memory chip does the actual job of data storage. The crystal oscillator produces clock signals and controls data output of the device. LEDs acting as indicators and write-protect switches are some other components that may be a part of flash drives.

✔ They are lightweight and portable.
✔ They are robust. They are shock and scratch-resistant and unaffected by magnetic fields.
✔ Flash memory is non-volatile.
✔ They are plug-and-play devices, thus easy to use.
✔ A computer treats them like any other hard drive, thus making data transfer easy.

✘ They are small in size. So they may be misplaced or lost.
✘ Frequent use subjects them to wear and tear, especially at their point of connection with a computer.
✘ There is a limit to the number of write and erase cycles they can sustain.
✘ Sharing a flash drive between different computers makes it susceptible to infection. A virus in the drive can render its data corrupted or unreadable.

Modern-day flash drives are equipped with security measures such as encryption or even biometrics. They come with a protective casing which makes them robust. Though the number of erase and write cycles they can undergo is limited, it is in thousands. They have an added advantage because of their storage capacity, speed, portability and low power consumption. It’s clear that the disadvantages of flash drives are negligible when compared with the ease of use they offer. Flash drives are among the most popular storage devices today. They can hold boot programs, they can store important documents, projects and homework, they can store songs, movies and images, and they can treasure memories. 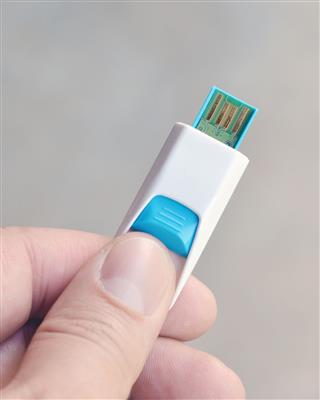 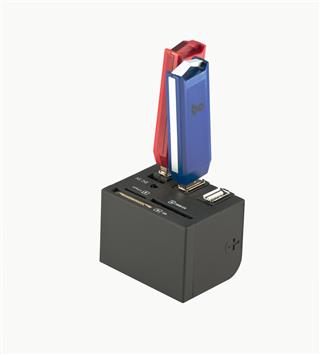 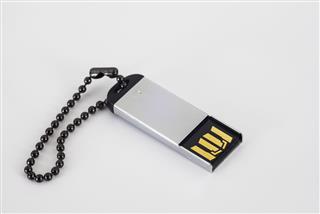 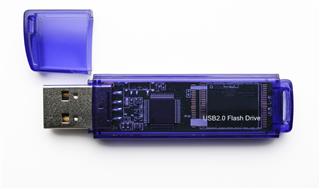 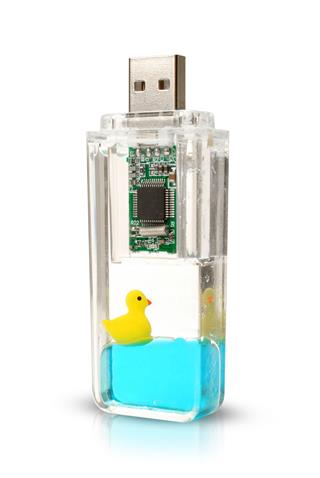 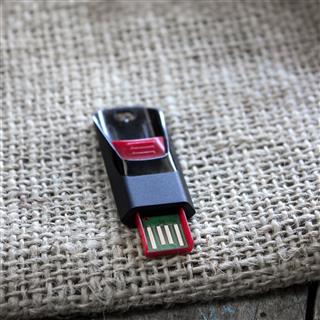 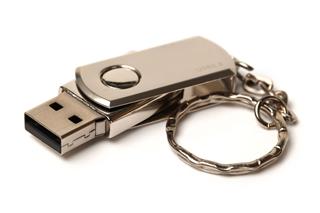 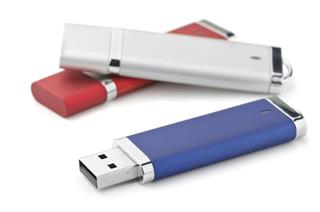 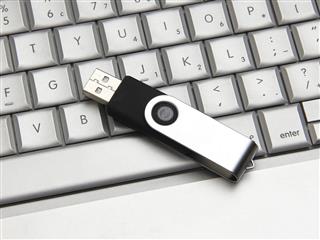