How do Cell Phone Towers Work

A cell phone tower is a large, steel pole structure that is built hundreds of feet into the air, and is used to facilitate cell phone communication. This article will give a brief overview about the working of cell phone towers.

You are here: Home / IT Jobs / How do Cell Phone Towers Work

A cell phone tower is a large, steel pole structure that is built hundreds of feet into the air, and is used to facilitate cell phone communication. This article will give a brief overview about the working of cell phone towers. 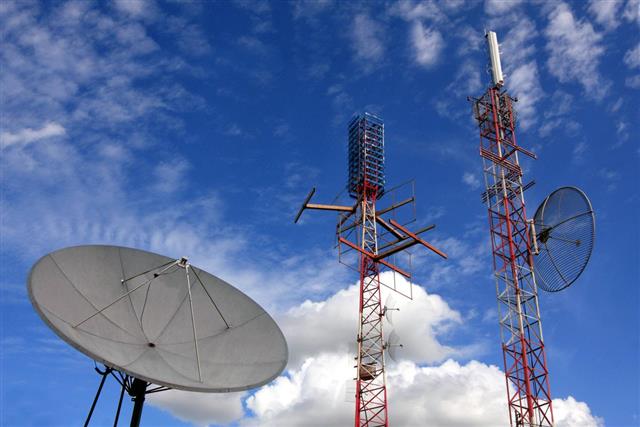 Rarely a day goes by, when a new cell phone is not launched in the market. A billion dollar industry, the cell phones have come a long way since Alexander Graham Bell’s mouthpiece invention.

Cell phone towers are also known as cell site or base stations, and are made up of radios, computerized switching equipment, and antennas for receiving and transmitting radio frequency (RF) signals. They are usually mounted atop or on the side of either tall buildings, water tanks, etc. They are usually built very tall, nearly 150-270 feet. Their antennas are generally located towards the higher end, so they can adequately cover the range of the entire area.

A signal cell phone tower will host single or multiple mobile operators, serving different air interface technology, such as CDMA or GSM. Part of the electromagnetic spectrum, cell phones and cell phone towers operate at the radio frequency, and emit non-ionizing radiation, similar to the one’s used by microwave, AM and FM radio waves, and are too low on energy, to enter DNA tissues.

The base station immediately responds to this signal by assigning it an available radio frequency channel. When the base’s response is slow or fails, it is caused due to unavailability (congestion) of the radio frequency channels. The transmitting and receipting radio signals transfer the voice information to the base station. After which the voice signals are sent to a switching center, which transfers the call to its destination, and completes the communication transmission.

Cell phones are lifelines to many business houses, and have become indispensable devices in many families. Now that we know how cell phone towers work, we know that we are well-connected when there is a cell phone tower around.