Forward Slash Vs. Backslash: The Differences You Didn’t Notice 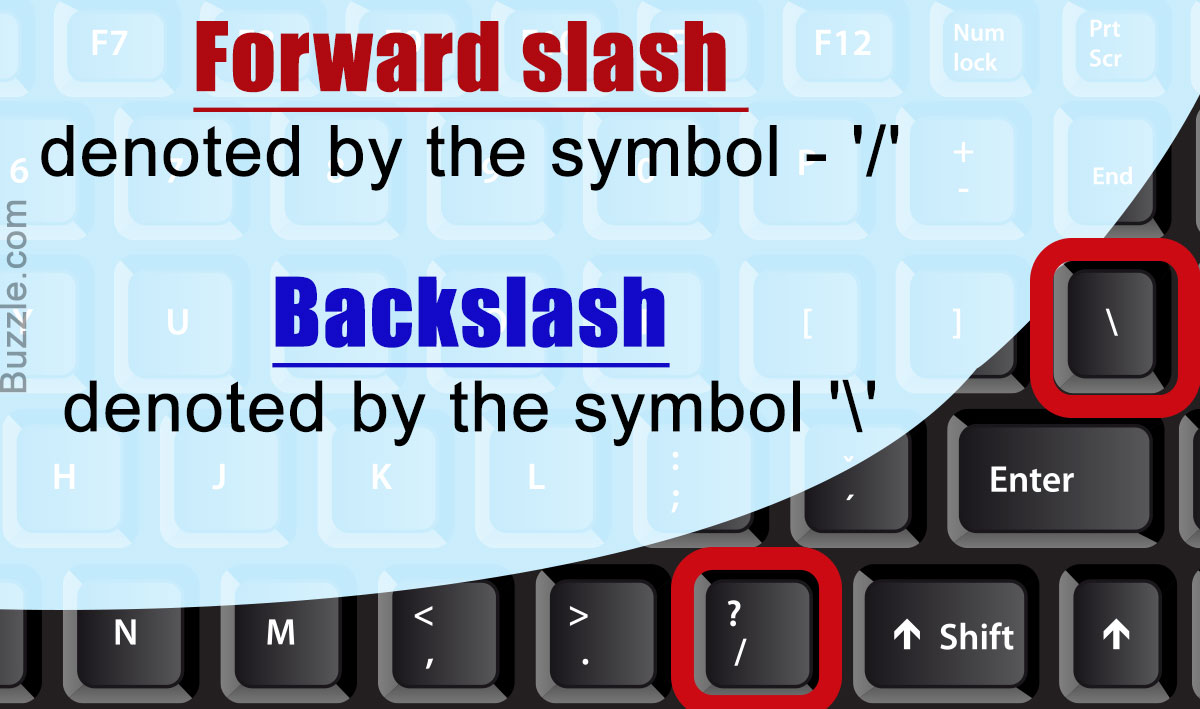 If you are confused about the usage of forward slash and backslash, this Techspirited article is aimed at clearing all your doubts.

With the commencement of the age of information technology, many new specialized fields opened up, giving rise to new technological jargon, as the English language fell short of adequate words/symbols. Using them, new lingoes were developed each involving the usage of symbols for digital communication and computer programming. That was where the forward slash and backslash came in.

Many languages were designed to communicate with computers, and therefore establishing brevity in language became essential, in order to make the task of programming simpler. That is why symbols like the forward slash and backslash, which were sparsely used before, found employment.

Forward Slash Vs Backslash: A Comparison

The initial uses of the forward slash, date back to the period of Ancient Rome (more than 2000 years ago), where it was part of the then prevalent scripts. The Fraktur script, which was widely used throughout Europe during the middle ages, especially employed the slash as an equivalent to the comma (,) used in the English language today.

Two slashes in succession (//) meant a dash (-), which later evolved into the ‘equal to (=)’ sign used in mathematics. Later however, the role of the slash was sidelined, serving only small purposes till the dawn of the information age, where it made a comeback.

Compared to the usage history of the forward slash, the backslash is a rather recent addition. It is known by various names in the computing world which include ‘escape’, ‘hack’, ‘reverse solidus’, ‘slosh’, ‘whack’, ‘backslant’, ‘backslat’ etc.

The backslash (\) was introduced as a symbol in computing by the computer scientist Bob Bemer in 1961. He included it in the ASCII (American Standard Code For Information Interchange) set of characters to represent certain Boolean operators of the ALGOL language.

Both backslash and forward slash, are a part of the standard ASCII computer keyboard. The backslash is placed just below the backspace key while the forward slash key is located on the immediate left of the right-sided, shift key.

While proofreading, the forward slash is popularly used as a separatix to separate correction comments made in the margin, from the rest of the write-up. In mathematics, it is used as a division or modulo sign. It is also used to separate the components of a date, written in the format: ‘dd/mm/yy’.

Compared to the slash, the backslash finds no application in English text, and its use is restricted only to computing.

Applications In Programming and Computing

Both forward slash and backslash, have a wide range of uses in programming and computing. The forward slash is used in Unix and Linux based systems, for specifying a file path-name, and separating a directory from sub-file components. For example, a file path in a Unix based system will look like: ‘Documents/User/file-name’. As opposed to this, Windows-based systems use the backslash in their file path specifications. A typical file path in Windows will look like ‘Documents\User\file-name’.

The URL (Uniform Resource Locator) or the web-page address, uses the forward slash for specifying the path of access to a web-page. For example, a typical address will look like ‘https://www.buzzle.com/’. It is also used for specifying the command-line options in Microsoft Windows.

Backslash is also used in C, Perl and Unix scripting . It is specified before characters, especially in the syntax for escape sequences such as (\n), (\t) etc., to indicate special treatment. In TeX typesetting system, it is used to begin the various markup tags, to identify them differently.

In HTML, backslash is rarely used, however forward slash is widely used. For instance all the closing HTML tags have a forward slash indicating the end of the application, of the specified formatting.

Thus, the forward slash is a part of the English language, while the backslash is a more recently developed symbol. Depending upon the context, both of them are used for representing a range of different meanings in a variety of different applications, especially in the field of programming.