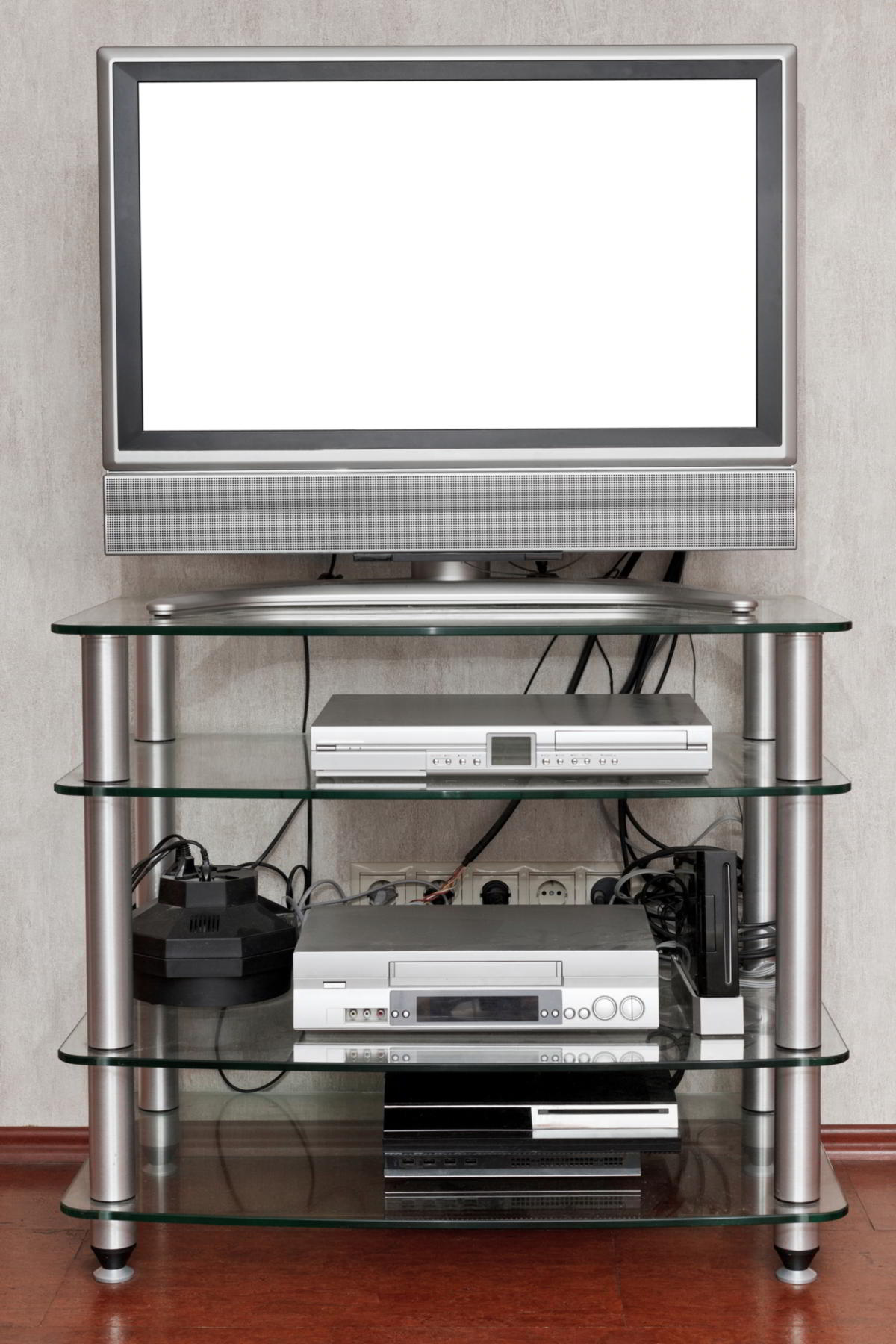 This article provides information about the types of Xbox 360 gaming consoles, which have been launched since the start of the last decade. These gadgets make this brand, one of the most successful ones all over the globe.

In 2008, Xbox 360 became the first currently existing gaming console, to surpass the sales figure of 10 million in the United States.

The Microsoft Xbox 360 is the successor to the original Xbox. The different types of gaming consoles of this brand have taken the video gaming experience to a whole new level. The high standard of graphics and many associated interactive features, have made this brand very popular in the market of video game consoles, all around the world. Direct competitors of the Xbox 360 include Sony PlayStation 3 and Nintendo Wii.

More than 45 million units of the Xbox 360 have been sold since its first launch in May 2005, as a successor to the Microsoft Xbox. The reason for its popularity are the vast number of video game titles that are available for the platform, and also the ability to download game demos, music videos, movie trailers, and other entertainment related content from the online store called Xbox Live Marketplace (XLBM). This is the single biggest advantage over the other rivals; the market allows the user to download and purchase numerous games, videos, and other multimedia content, which results in the user having a profound new experience in the world of gaming.

Through Xbox Live, you can create an online avatar of yourself, and play a wide variety of multiplayer games through the online medium. You can also play these games against fellow gamers from any corner of the world. The exclusivity and integration of this feature is an awesome quality that stands out over all its peers.

Every year, at the E3 presentation (Electronic Entertainment Expo), Microsoft releases some new update or development regarding different Xbox 360 types. In June 2010, at the same expo, the new Xbox 360 S was released. Today, this is the only model that is in production, and all the earlier ones have been stopped. 360 S is slimmer than the previous designs, and it also makes lesser noise, which was a major drawback of the older consoles.

This was an entry-level video game console, which was launched in the last decade, and it was responsible for changing the entire scenario of gaming. This 360 series model was touted as the successor to the original Xbox device. It allowed the gamer a 1080i HDTV output, when coupled with an external HDMI cable. Pretty soon, 1080p resolution was also supported, and this console is recognizable due to the wired controller, and an external hard drive that was available with it. This device came with 512 MB of RAM and 20 GB of hard drive capacity. It also had the popular Faceplate feature. In later versions, a hard drive had to be separately purchased for this model, and high-definition features (HD) also had to be added separately. The production of this model was slowly stopped due to rising popularity of the successive revolutionary gaming consoles.

Also known as the Xbox 360 Premium, this console came with a lot of changes and new features in 2007. The biggest upgrade over earlier types of Xbox 360 was the hard drive, which was now expanded to 60 GB, over the previous 20 GB. Powered by three powerful core processors, and having a 16:9 aspect ratio, the Pro or Premium version was quite popular, and people touted it to be better than the previously launched Core model. It had almost the same features as of the Core model. A very important addition included the hybrid cable that substituted its AV counterpart. This cable showed both composite, as well as component features. The processor also saw an upgrade from the ‘Zephyr’ to the ‘Falcon’. Other improvements consisted of the wireless controllers and Xbox Live headsets, compatibility regarding the original Xbox games (the older version), and addition of the Ethernet cable. The Pro version was also sold in 2005 along with the Core version, but soon, all other models were discontinued tills stocks lasted, and only the former was left with its 60 GB hard drive upgrade.

The Elite model was also released in 2007, and it was available in a matte black finish, compared to the matte white finish of the earlier models. The hard drive was upgraded again, and it came with 120 GB space. This was further extended in 2009 to 250 GB, and this version came to be known as the Xbox 360 Super Elite. Equipped with an Xbox Live headset and a wireless controller (30 feet range), this model came with the previously seen matte white finish, and had a battery life of about 30 hours. Other features include 16:9 aspect ratio, three powerful core processors, child security in the family settings, full surround sound, etc. A lot of limited editions of Elite along with some notable games were released in the year 2009. Another major change was in the power supply to the console, which enabled it to cool down faster. In 2009, the Jasper chipset was introduced in this model, which increased its popularity. After the launch of the Xbox 360 S 250 GB version, the Elite console experienced a drastic drop in sales, followed by its complete discontinuation.

The Arcade was released in 2007, and it was merely a continuation of the entry-level Xbox 360 Core. The difference was that there was no external hard drive, and only an internal flash memory was included, along with the famous wireless controllers. The reason for this change was that the console was much cheaper than the other models, which came with additional storage space, and hence, the gadgets could only be used for playing Xbox Live Arcade games. Equipped with a HDMI output 1.2, composite AV cable, triple-core 3.2 GHz processor, and 256 MB internal memory (upgradable to 512 MB), this model was a good option for non-hardcore gamers. It provided limited entertainment, and was basically referred to as an interim model that was launched before the subsequent feature-rich versions. When it was launched, five online arcade games were included in its pack, along with several demos and trailers. In 2010, with the launching of the Xbox 360 S version, the Arcade model suffered considerable dip in sales, and ultimately, its production stopped. This console is produced even today under the name Xbox 360 S Arcade, and is available with 4 GB internal flash memory.

It comes with a matte black finish, and a much slimmer design than before. Integrated Wi-Fi connectivity is another added feature, and this makes online gaming all the more fun. Other changes like additional USB ports, an integrated hard disk, one large cooling fan (compared to two smaller ones in the earlier models), touch sensitive buttons, and compatibility with Microsoft Kinect (the new motion sensing platform) are some of the features. With an integrated Valhalla motherboard and a new XCGPU (Xenon processor), this console is much faster than its previous versions with additional 30% space. There is no need for external adapters while using this design, as it comes with a TOSLINK S/PDIF audio connector, which enables the user to experience an optical audio surround feel while gaming. The requirement for a branded hard drive specifically for the new model is not present, as was the case with the previous gadget types. This gadget was available in three different variants: 4 GB, 250 GB, and 350 GB models.

On June 10, 2013, the latest version of Xbox 360 series was released, which showed quite some similar features to the recent Xbox One. It has the similar glossy appearance and matte finish as compared to the previous versions. The HDMI connection remains, but the multi-AV, as well as the USB ports are absent in this model. There are three subtypes of this console: 4GB, 4GB Kinect Bundle, and 250 GB. According to specifications, these subtypes only differ in case of viewing quality and external storage features. Some of the previous characteristics like touch control and power buttons, and optical audio-out, have been discontinued. Surround sound output is only possible from the HDMI connections. Some features that are retained from the previous models include infrared port, Kinect port, Wi-Fi, Ethernet, replaceable hard drive, etc. This device is said to be much quieter than the previous designs, though it is still not preferred over the immensely popular 360 S version.

All the above described Xbox console types have an interesting story behind them, and each subsequent model brought something new to the market, in the form of hardware and video game titles. In today’s world, the types of Xbox 360 consoles are synonymous with high-end gaming, and this easily is one of the most recognizable brands in the extremely lucrative and steadily growing gaming market segment.