Operating systems that create a link between users and the applications form the core of computer systems. An OS dissociates the programs from the hardware and simplifies resource management. Let us look at the different types of operating systems and know how they differ from one another.

You are here: Home / IT Jobs / 8 Different Types of Operating Systems With Examples 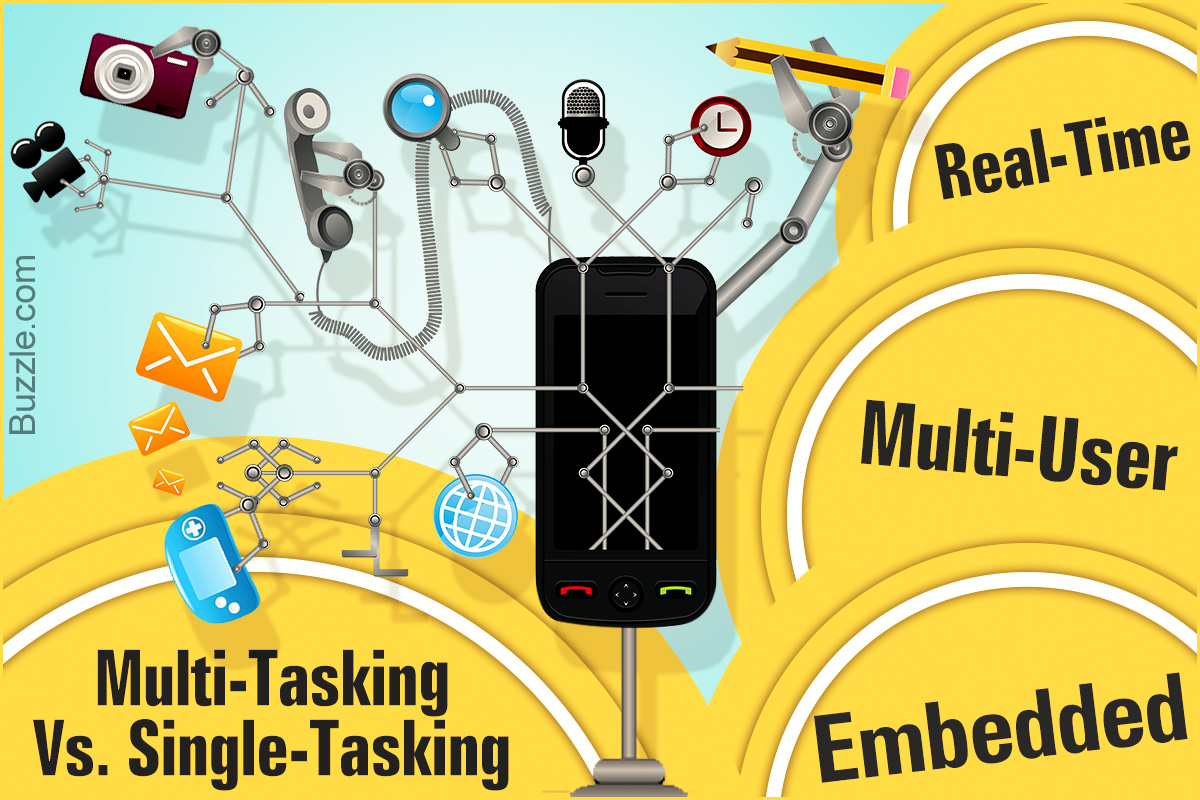 Operating systems that create a link between users and the applications form the core of computer systems. An OS dissociates the programs from the hardware and simplifies resource management. Let us look at the different types of operating systems and know how they differ from one another.

Windows CE, OS-9, Symbian and LynxOS are some of the commonly known real-time operating systems.

Amoeba, Plan9 and LOCUS (developed during the 1980s) are some examples of distributed operating systems.

Windows CE, FreeBSD and Minix 3 are some examples of embedded operating systems. The use of Linux in embedded computer systems is referred to as Embedded Linux.

Mobile Operating System: Though not a functionally distinct kind of operating system, mobile OS is definitely an important mention in the list of operating system types. A mobile OS controls a mobile device and its design supports wireless communication and mobile applications. It has built-in support for mobile multimedia formats. Tablet PCs and smartphones run on mobile operating systems.

Blackberry OS, Google’s Android and Apple’s iOS are some of the most known names of mobile operating systems.

Online and Offline Processing: In online processing of data, the user remains in contact with the computer and processes are executed under control of the computer’s central processing unit. When processes are not executed under direct control of the CPU, the processing is referred to as offline. Let’s take the example of batch processing. Here, the batching or grouping of data can be done without user and CPU intervention; it can be done offline. But the actual process execution may happen under direct control of the processor, that is online.

Operating systems contribute to simplifying human interaction with the computer hardware. They are responsible for linking application programs with the hardware, thus achieving easy user access to computers. Ever imagined a computer without an OS? It wouldn’t be so user-friendly then!