Different Types of Keyboards and the Brilliant Features They Offer 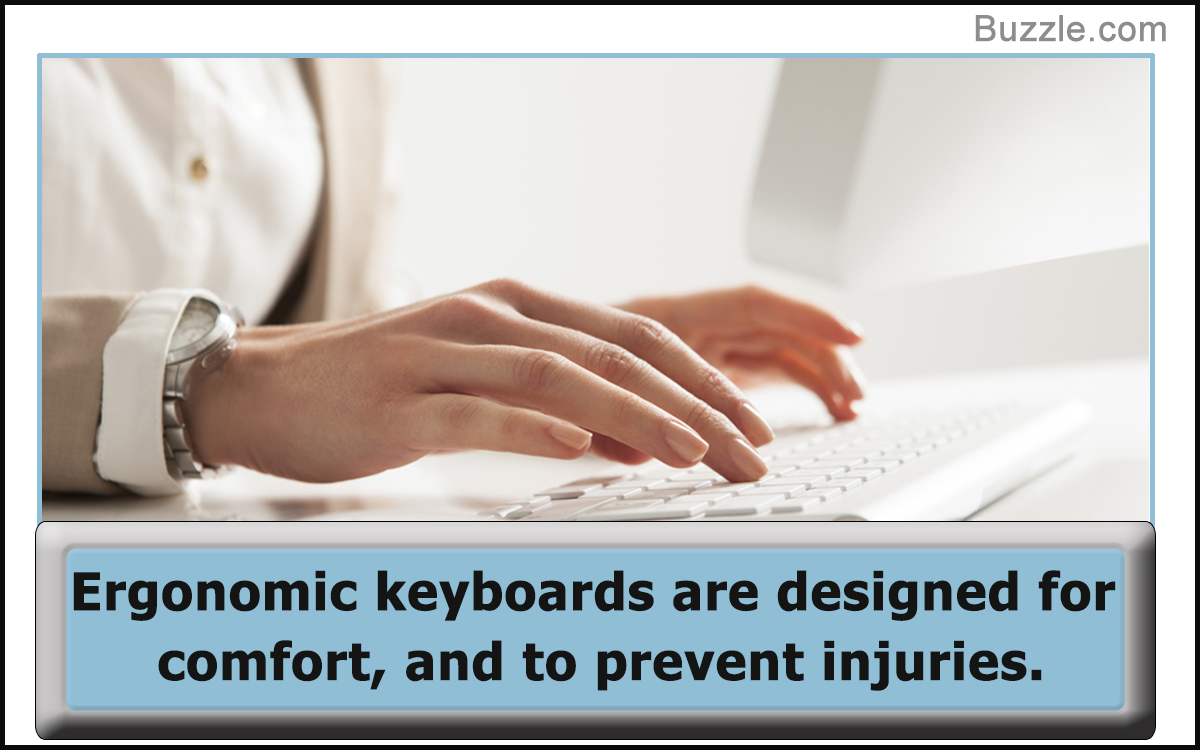 Ever since computers came into being, various advancements have taken place, resulting in the development of better computer-related hardware and software. Keyboards are no exception to this. The keyboard is a device used to input data into different devices like desktop computers, phones, laptops. Although the main function of a keyboard is to input data, different types of keyboards exist, that vary in the various kinds of features they offer.

Initially, there was almost no variation in the kind of keyboards that were produced. However, slowly manufacturers started observing the need to come up with keyboards with features that catered to different market segments. This resulted in a huge variation in the keyboards produced, some of which remain extremely popular even today. 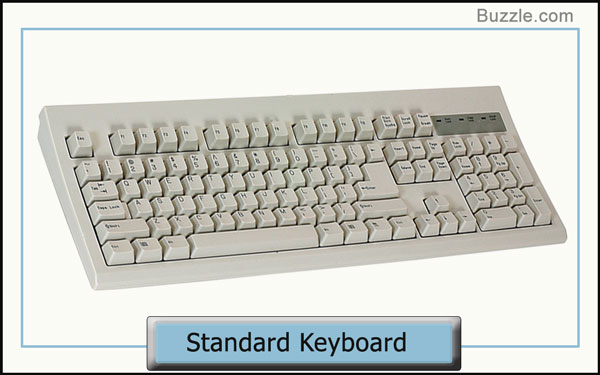 Though standard keyboards have undergone considerable changes in design over the last 20 years, their basic layout remains similar. The average number of keys on a regular keyboard is 105, though some older versions have keys in the range of 95-103. 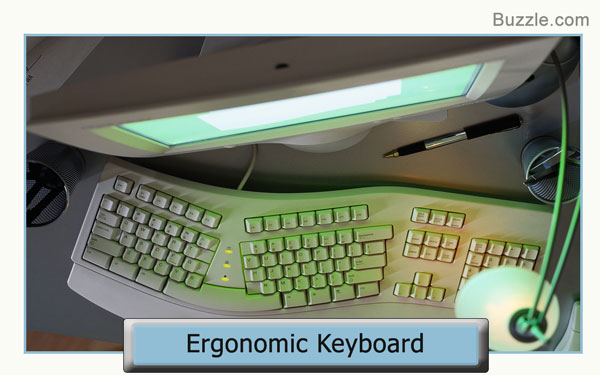 Ergonomics refers to the study of methods that can reduce stress on muscles to avoid repetitive strain injury. It mostly deals with optimizing posture and technique while working, so the work can be carried out in the easiest manner with the least possible strain on any muscle, joint, or organ.This is a radical type of keyboard designed to prevent Carpal Tunnel Syndrome, which causes numbness and tingling sensation in the hands and fingers after typing for a long duration.

As a single piece, where a group of keys have been split in such a way, that the angle at which the user places the wrist to type is the least stressful.

In the form of separate pieces, each having a group of keys, so that the user can set the angle according to his or her convenience. 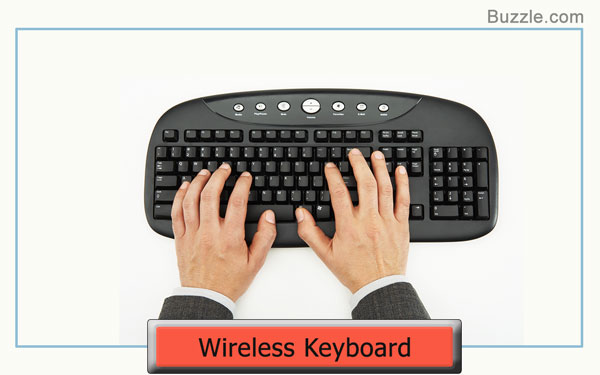 As the name suggests, these keyboards do not need to be connected to the computer via a wire. This makes it very convenient for the user to use the keyboard comfortably. Wireless keyboards use three basic types of connections, Bluetooth, Infrared (IR), and Radio Frequency to connect to the computer.

All wireless keyboards need external power to function. In most models, the power comes from either 2 or 3 ‘AA’ or ‘AAA’ batteries. Rare models might have an included battery, which can be charged with the help of a USB cable. In addition to this, all three types also use a transceiver, which connects to a port on the computer and maintains contact between the computer and the keyboard.

Radio Frequency (RF) keyboards have a limited range of only about 6 feet, but are much cheaper than Bluetooth keyboards, and much more effective than Infrared keyboards. The latest models of RF keyboards have no issues like frequency disturbance, and can be the best bet if you do not need more than around 5 feet of freedom.

Infrared (IR) keyboards, have a major drawback. They need to be in the line-of-sight of the transceiver. This makes it very difficult to use such keyboards effectively, and almost impossible to use mice featuring this technology. Though they are not as expensive as Bluetooth keyboards, and have a decent range of about 12 feet, the line-of-sight problem makes this type very ineffective. 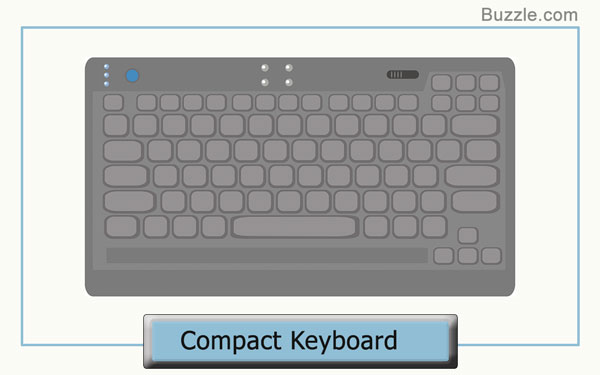 Compact keyboards are slim and usually do not have the numeric keypad that is present on the right side of other keyboards. These are typically used in laptops, where sizing issues make it difficult to accommodate a standard keyboard. To make up for the small size, these keyboards rely on the use of multiple keys to carry out functions that would only use a single key on a standard-sized keyboard. Some models also include a touch-pad that can be used instead of the mouse.

Compact keyboards are not extremely small in size, but offer portability during travel and storage. Another benefit of compact keyboards is that they can be used by people with certain disabilities that hinder them from effectively using hand and finger movements. 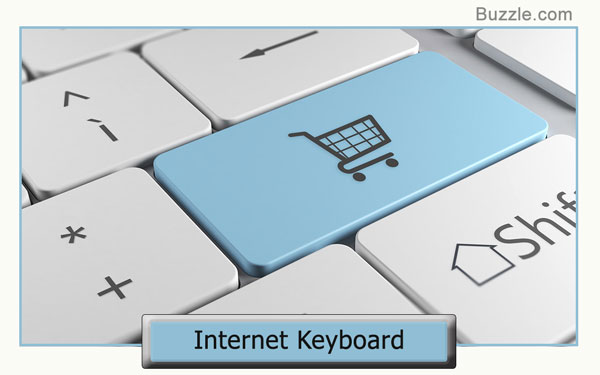 The Internet is one of the main reasons why a majority of the people use computers these days. Internet keyboards have special keys, called hot keys, which perform functions related to Internet usage. Typical hot keys have functions like back, forward, bookmarks list, e-mail inbox, Google search, YouTube, shopping online, etc. This makes browsing the Internet very convenient, as the user does not have to go through the process of clicking buttons via a mouse.

These days, many standard keyboards have adopted the concept of Internet keyboards by placing internet hot keys at the top, since almost every kind of work requires the use of the Internet. 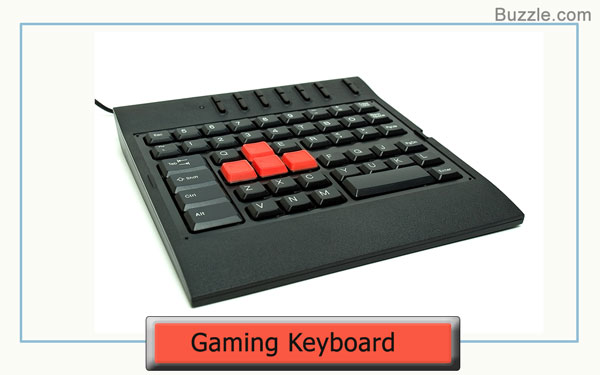 As the name suggests, gaming keyboards are designed specifically for gamers. They include features meant to enhance gaming experience, as well as provide convenient usage. They include features like volume control, key lighting, programmable keys, interchangeable keys, touch screens to customize the keyboard, in-built joysticks etc. For instance, first-person shooter games require the direction keys to be placed in a manner that do not cause repetitive stress to the fingers and wrists.

Gaming keyboards come in all shapes and sizes, ranging from round keyboards to v-shaped ones, but this is mainly done as a marketing gimmick to attract gamers. Many gaming keyboards are designed for specific types of games. 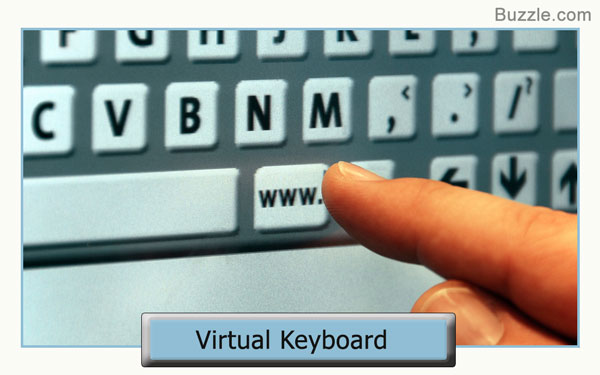 Virtual keyboards are software devices that let you input data just like a hardware keyboard. They open up as an application and can be controlled by a mouse or via a touch screen. They are mainly used in devices which do not necessarily require a keyboard, like a tablet or a smart-phone. They are useful as they aid in making the size of the device smaller.Virtual keyboards are also used in situations concerning security, as anything entered on an ordinary keyboard is recorded in a key log.

This leads to security risks associated with passwords or PIN numbers. This is the reason many banks provide the facility of a virtual keyboard in their online banking operations.

This was a little information on the different types of keyboards available. Based on your requirement, you can choose any of the keyboards mentioned above. When choosing a keyboard, remember that the most important thing to look for is comfort.