LAN Vs. WAN: Differences Between LAN and WAN You Didn’t Know About

You are here: Home / IT Jobs / LAN Vs. WAN: Differences Between LAN and WAN You Didn’t Know About 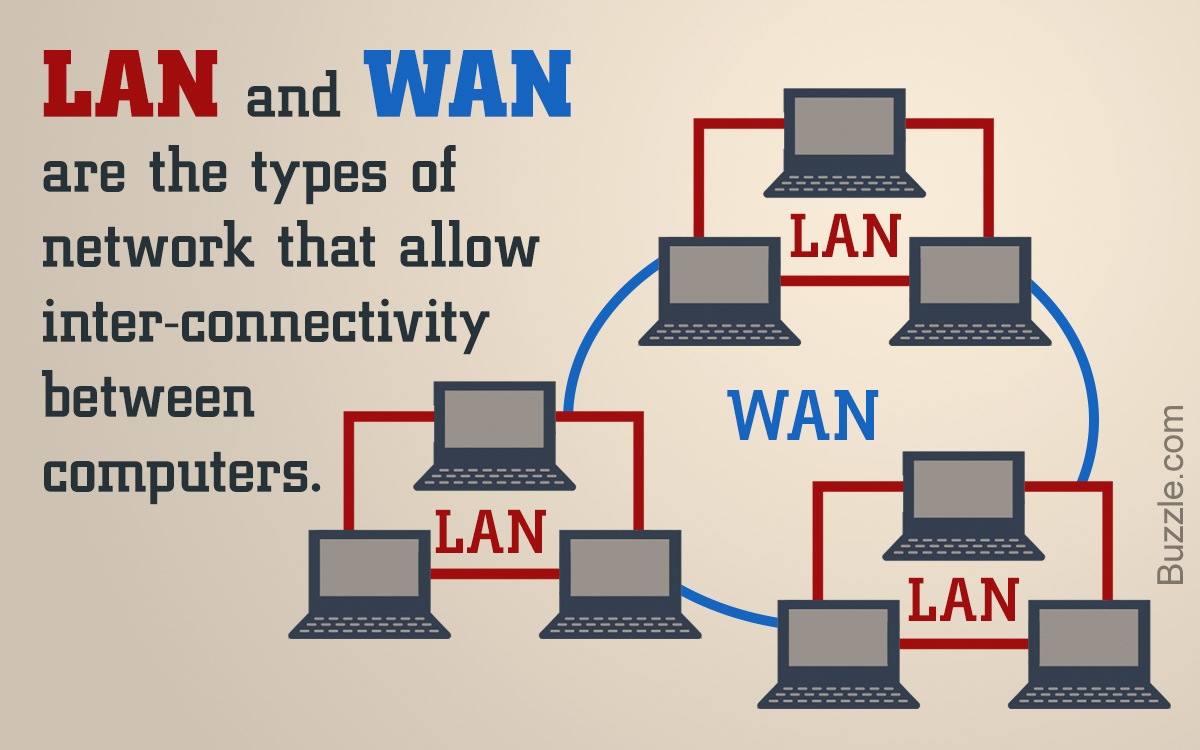 Typically, a local area network exists in a house or a university campus, while a wide area network exists over many office buildings separated by a vast distance. The office buildings in a WAN may be in different countries or even continents. For example, the headquarters may be in USA, the regional office may be in the UK, and the branch office may be in India. The workers in these three buildings use a Wide Area Network to collaborate with each other. The Internet can also be considered as a WAN, with the Ethernet being a classic example of WAN. Let us have a look at the two structures and their differences.

Local Area Network (LAN) has higher bandwidth, thus is faster when compared to a WAN. The maximum speed of a LAN can be 1000 megabits per second. As LAN is faster, it is widely preferred for sharing computers in a network. The network is easy to set up, most computers and laptops manufactured today come with the RJ45 port built-in on the motherboard, which is used to connect to the network. In case of older machines that do not have this port, a separate NIC (Network Interface Card) will be required to be installed. This card fits in the PCI slot on desktops, and the PCMCIA slot on laptops.

The main advantage of using LAN is the ease of sharing. Computers, if connected to the same LAN, can even share a printer. The biggest hurdle that a firm faces while connecting computers in a LAN is the monitoring of traffic for the Internet. If there is too much load put on only one computer or on a shared device, the network speed may reduce. This can be circumvented by using a LAN traffic monitor, whose function is to keep a track of the bandwidth used. On the basis of setup and maintenance cost breakup, LAN is considered to be cheaper as compared to a WAN setup.

Wide Area Network (WAN) has a lower bandwidth, thus slowing the network. The speed of a WAN can go up to 150 megabits per second. This means the speed of a WAN is one-tenth the speed of a LAN. Though WAN is slower, it is used widely to share data. The best example of WAN is the Internet. The data on the Internet is accessible across continents. However, a WAN cannot share computer peripherals, so a computer in one country cannot use a printer in another country. To set up a WAN, a modem and a router is needed. Thus, if an additional device needs to be added to the network, a router needs to be configured and connected to the others in the network. As the number of devices in a WAN are greater than those connected in a LAN, there is a greater need for a monitoring device. A special-purpose computer is used, whose only purpose is to send and receive data from the Internet. Leased lines or satellites are used to connect devices in a WAN.

While each of the two have their own advantages and disadvantages, there is also a distinct factor that helps one choose between a LAN and a WAN setup, and that is distance. If the locations to be connected are far apart, there is no point considering a LAN setup, as in spite of whatever advantages it may offer, it is not possible.