The Unique Attributes and Distinct Characteristics of Viruses

Despite being categorized as the simplest microbes, the characteristics of viruses are very distinct from other microorganisms. Be it size, genomic content or reproduction, viruses are characterized with unique attributes...

You are here: Home / IT Jobs / The Unique Attributes and Distinct Characteristics of Viruses 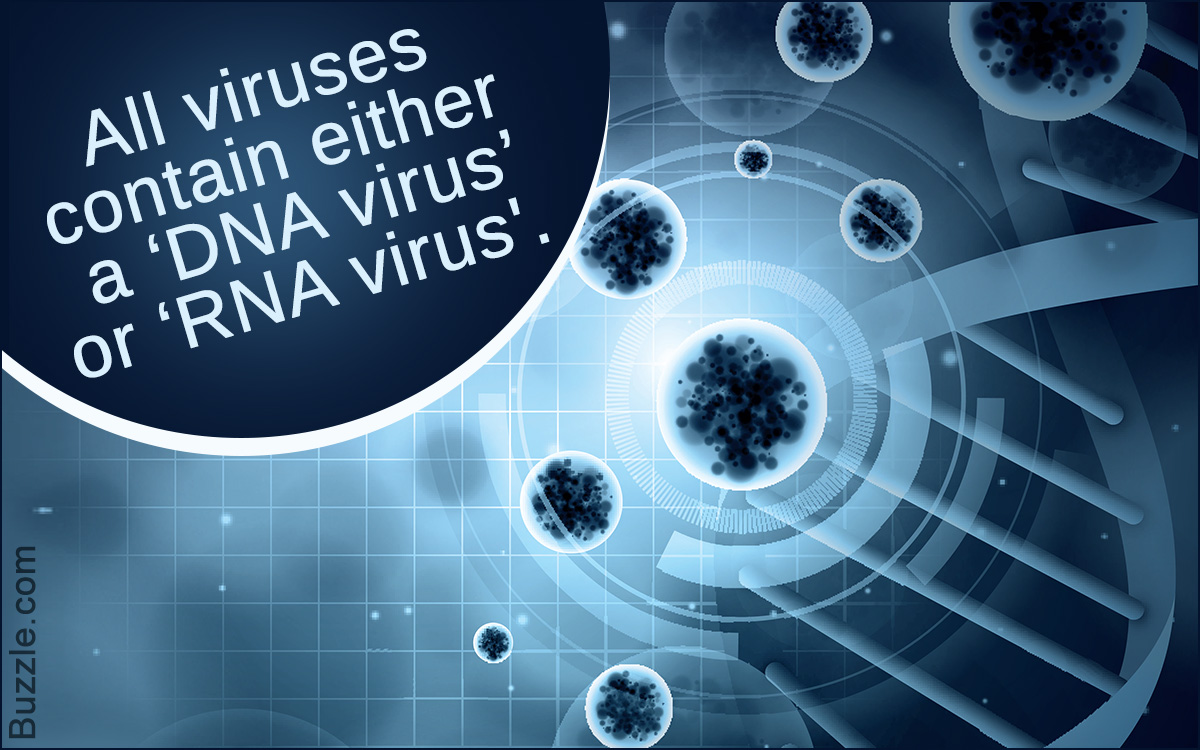 Despite being categorized as the simplest microbes, the characteristics of viruses are very distinct from other microorganisms. Be it size, genomic content or reproduction, viruses are characterized with unique attributes…

Seen under the electron microscope, the outermost covering of viruses is known as the capsid (a protective protein coat), which encloses the proteins and the genome. The shape of a virus is determined by the arrangement of proteins in this capsid. Viruses may be filamentous, rod-shaped, helical, spherical, or icosahedral in shape. Extensions called antigens help in identifying and attaching viruses to the host organism.

In general viruses can be classified into five different morphological types.

A helical virus resembles a spiral staircase. These viruses are non-enveloped with capsomeres and are arranged helically around the virus genome.

Icosahedral viruses have 20 equilateral triangle faces and 12 corners. Most animal viruses are found to be icosahedral or spherical with icosahedral symmetry.

A prolate virus is basically an icosahedron virus with an elongated (fivefold) axis. The prolate morphology is commonly found in bacteriophages.

These viruses carry an envelope that surrounds the capsid with helical morphology. Such viruses depend on the envelope for infective capabilities.

Complex viruses consist of a combination of structures similar to (or entirely new) other virus structures.

Viruses exhibit both living and non-living characteristics for the purpose of their survival. Viruses in their non-living state are referred to as virions.

Biological characteristics that define viruses as living entities are their ability to reproduce and mutate. Once inside a prospective host cell, viruses replicate at an extremely fast rate. During mutation an individual virus can undergo a change in its nucleotide sequence under specific conditions.

Viruses do not grow or replicate on their own; they require a foreign cell which they can infect and then replicate. In simple terms, they do not perform any biological activities unless triggered by the respective host organism. Viruses are ‘acellular’ (no cells) – they are devoid of cytoplasm and cell organelles, both of which are the most distinguishing features of living beings.

The mode of reproduction in viruses is unique as compared to other organisms. They reproduce only after infecting a host cell. As a virus enters a host organism, it attacks the cell and resides inside it. This is the reason it is often said that viruses are intracellular organisms. Once inside the host, the viral genome manipulates the host cell to synthesize the protein coat and new viral nucleic acids. The virions (nucleic acid and capsid) are then assembled, after which the replicated viruses come out of the host organism. Viruses derive all the nutrients, chemicals, and at times, enzymes, from the host cells for survival and reproduction.

Virus can infect other microbes (e.g. bacteria), fungi, plants and animals. Viruses that infect only bacteria are classified as bacteriophages, while mycophages are a group of viruses that infect fungi. They are obligate parasites, which may or may not kill host cell after replication.

Although looked upon as infectious entities, viruses are important. They play an important part in transferring genes between different species. This contributes greatly to genetic diversity and biodiversity in general. Viruses are found in virtually every ecosystem on our planet. Although well-researched upon, viruses still remain one of the few incompletely explored species on Earth.