Scary or What? Can You Imagine a World Without the Internet?

Although it is not so straightforward to imagine how life would be like without the Internet, still, let's try and explore all the aspects related to such a scenario.

You are here: Home / IT Jobs / Scary or What? Can You Imagine a World Without the Internet? 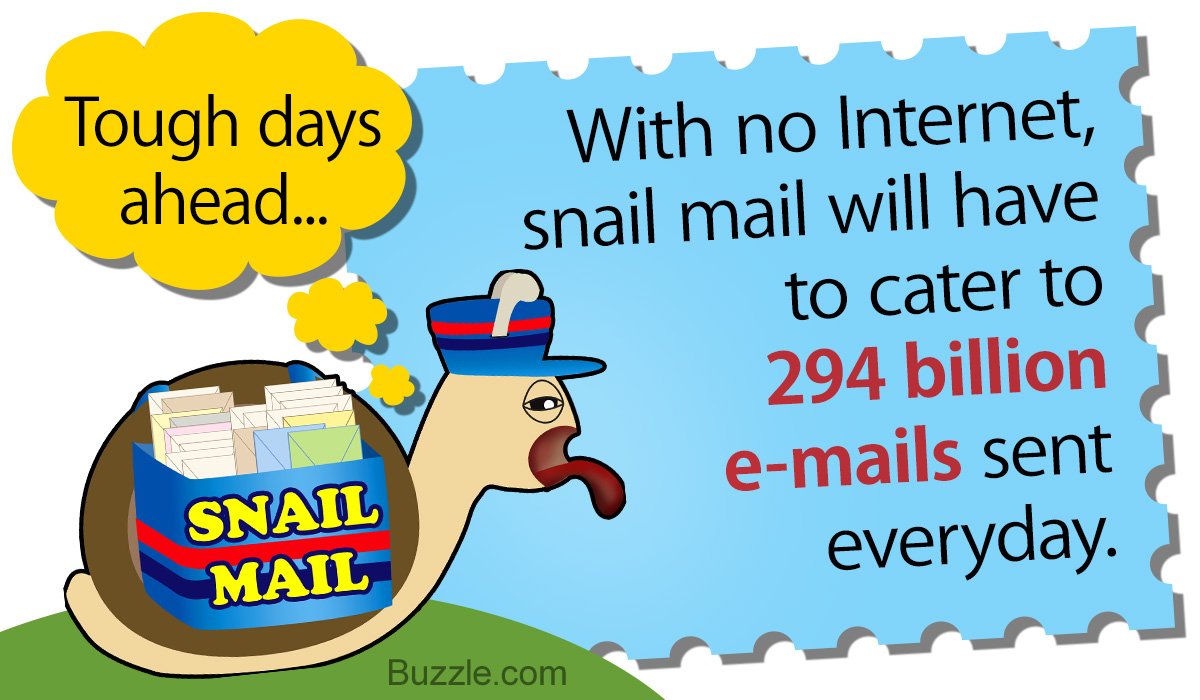 Although it is not so straightforward to imagine how life would be like without the Internet, still, let’s try and explore all the aspects related to such a scenario. 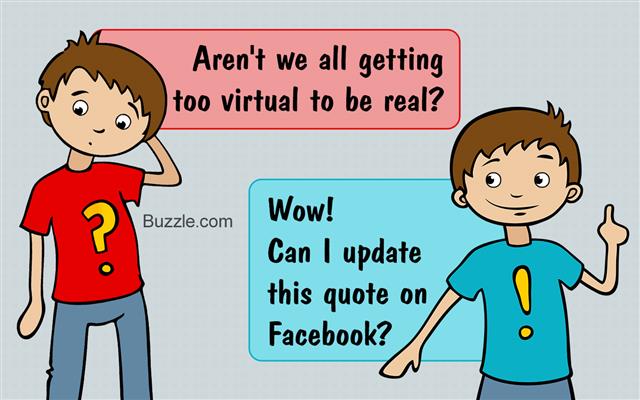 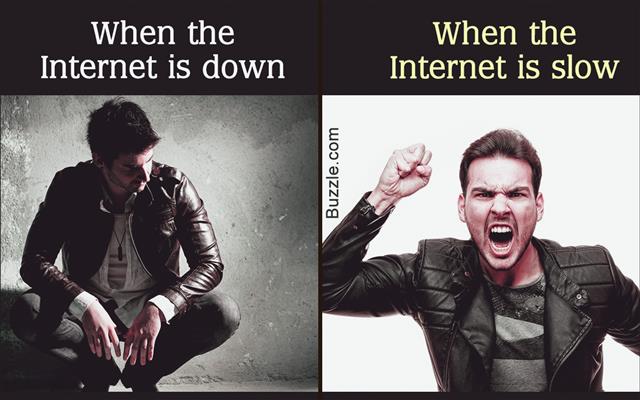 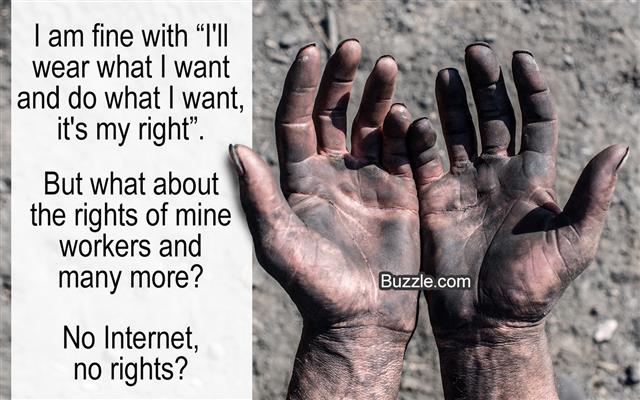 The Internet has grown to become the most popular medium used for communication and sharing information. It is a network of computers that are connected to each other, allowing sharing of information.

Nothing has connected and brought people together on a common platform the way the Internet has. It has turned out to be one of the most important inventions in the history of mankind, and has become a way of life for many people around the world. Most people have become used to relying totally on the Internet for almost everything they wish to do, whether in their personal or professional lives.

Life without the Internet would seem like a nightmare to most of us now. So what would happen if one fine morning, you woke up to find the Internet has no existence whatsoever in your life? How drastically would your life be impacted and altered?

Before we undertake the arduous task of imagining a world without the Internet, let’s take a look at some important Internet facts and figures:

Facts About the Internet

➡ The United States has the third largest number of Internet users (21%) in the world, with Asia (36%) and Europe (29%) taking the first and second place.

➡ Each month, around 390 million people in the US surf the Internet. According to recent statistics, on an average, a person spends around 27 hours a month online.

➡ Google is the most widely used search engine, and is used to search for more than a billion queries per day!

➡ About 1/6 of the total human population uses the Internet at least once in a month.

➡ On an average, around 200 million Tweets are sent on Twitter per day.

➡ It would take over a billion DVDs to store the entire information that is available on the Internet.

➡ Every minute, more than 70 hours of footage is uploaded on YouTube from around the world.

Life Without the Internet

Considering the statistics given above, and the penetration of the Internet across the world, it would indeed be a big problem if the ‘Internet plug’ was pulled out from our lives. We have become dependent on the Internet for most of the things we want to do, be it learning, shopping, socializing, or entertaining ourselves. It has become a way of life for many of us. In the absence of the Internet, the implications would be devastating. Here’s how the important aspects of our lives might be impacted:

The impact of having no Internet on your overall living style would depend upon how often you use it, and what you use it for. If you were an Internet addict, you would find that your life has come to a screeching halt. You might find yourself walking towards your library, if you wanted to find a location on the world map.

With no online facilities, a considerable part of your time would be spent waiting in long lines at banks, post offices, or government offices. You would be waiting for days or even weeks for your mail to arrive from another corner of the world. Suddenly, you will realize that your fast-paced life is running at a snail’s pace.

Many of us use the Internet to stay connected to our friends and family. If you had gotten very used to socializing online, you would now be clueless as to how you could share those pictures of your recent trip you went for, with your friends spread across the globe.

It would be difficult to meet and interact with people living outside your locality. You may have to join a club or a community in your neighborhood to make new friends. You would have to manage by speaking to your family and friends over the telephone. With no online social media, you would find yourself saying this very often – Let’s go talk to them!

Communication via the Internet is free, whereas the options available otherwise would cost you extra money and time. You would have to write letters and buy stamps, as we used to do before the Internet became popular. Postal companies and telephone service providers will make huge profits due to an increased demand for their services.

The Internet has become a gigantic sea of information and resources. No Internet would mean no instant and easy access to information at the click of a button. You would have to walk down to your local library and actually search the whole place to get the information you are looking for, with little chances that you will find what you seek instantly.

Students who were in the habit of using the Internet for completing their assignments and projects will have a tough time figuring out an alternative. There will be no way to get an education without actually going to a school or a college physically. You will have to rely on your television or morning newspaper to receive your share of news.

Organizations would have to radically change their operational methods and processes in order to survive. Your desk would be full of documents and files, and you will have a nightmare searching or sorting them out manually.

The global economy will be the worst-hit area, if the Internet became non-existent. A long-term global recession will result into millions of people losing their jobs and many businesses closing down. The economy would shrink and be limited to local merchants and stores. For many industries, it might no longer be feasible to do business outside the city or country.

The prices for commodities would go up, as there would be lesser competition for the local market players. The speed at which many businesses operated due to the Internet will experience a great slowdown. Most transactions and dealings would have to be done manually. Most of the business communication would need to be done through postal mails and courier services. Jobs that are not related to the Internet would begin to be in greater demand.

“The Internet is an indispensable part of my life. I socialize on the web, I shop online, get my news and daily dose of laughter and smiles from blogs. I order my food, get advice and directions, all on the net. For me, a world without the Internet would mean an end to limitless information, entertainment, and the opportunity to interact with people from all over the world.”
Robert – 30

“LOL! Is that a serious question? Well, then the answer is hell no!! You want me to imagine life without the Internet? I would rather renounce the world and seek salvation!! The Internet gives you an entire virtual world, and this world is perhaps where most people breathe, day in and day out. I think, without Google, social networking, and the endless playgrounds of the Internet, life would come to a halt.”
Irene – 19

“I think people will come out of their houses and actually talk to their neighbors and friends. Students will inquire into the whereabouts of their local library to find the information that they need. We will be waiting for our friendly postman to bring our mails and greeting cards. We would be spending time waiting in long lines in banks and other offices. Basically, life would be back to what it was before anyone had ever heard of the word ‘Internet’.”
John – 42

The Internet has become the greatest single force that has shaped and influenced all aspects of our lives. It is very easy to get addicted to something which is as useful, fun, and interesting as the Internet. It is equally difficult to renounce it, once the habit becomes an integral part of your day-to-day life. The younger generation that has seen the Internet as a major source of communication and knowledge will perhaps be the worst affected. For those of us who have lived and experienced life before the Internet, may find it comparatively easier to get back to those old ways of living.

We were able to manage our lives before the Internet became part of it, and can certainly do without it, if it were to disappear from our lives one day, although not for the better. But the good news is that such a hypothetical situation is very unlikely to happen in real life, thanks to the vast expanse, the global infrastructure, and the reach of the Internet technology. So, enjoy living in the paradise we call the Internet, and keep your fingers crossed, as the future brings to us many more Internet technologies and innovations that will totally alter the way we think, act, and live our lives!