This article lists some of the best Bluetooth headsets available in the electronic and mobile phone market today...

You are here: Home / IT Jobs / Best Bluetooth Headset 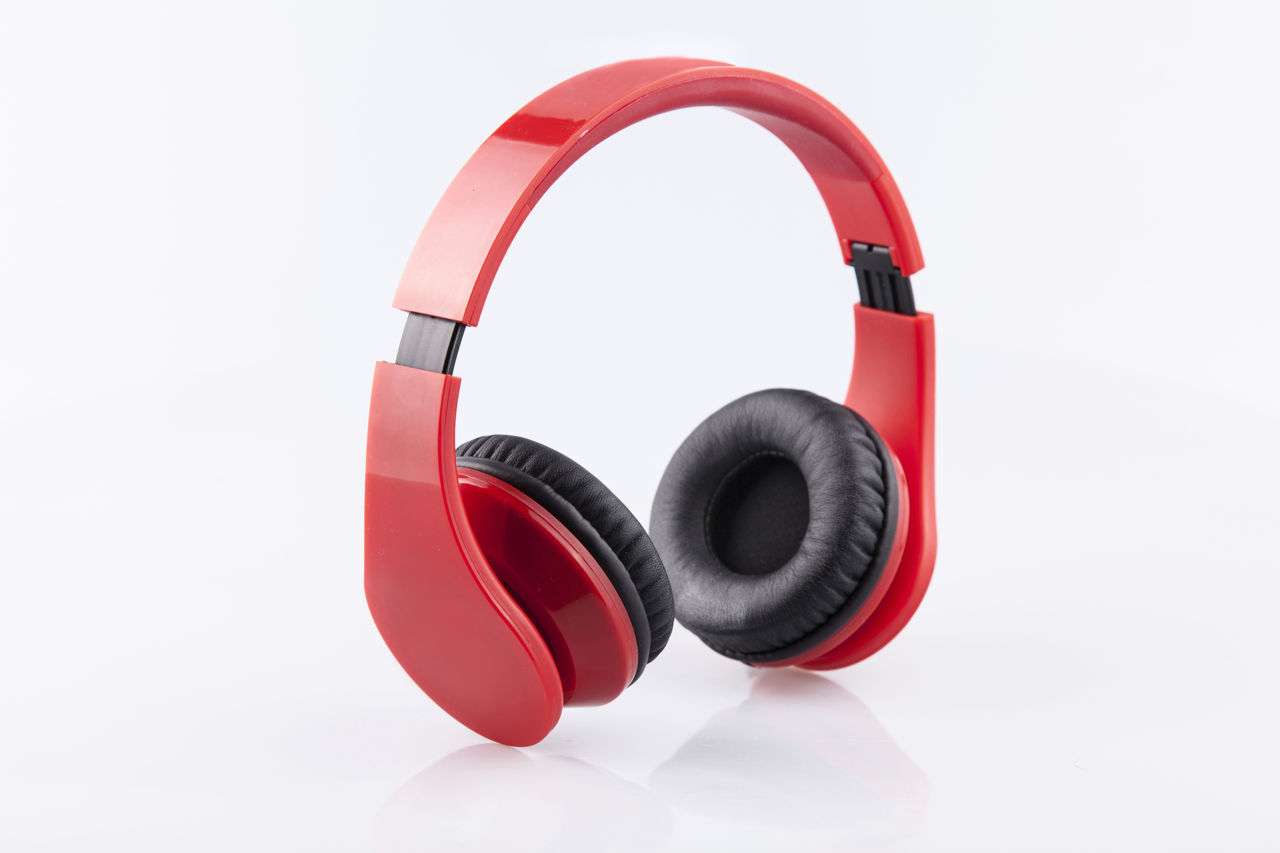 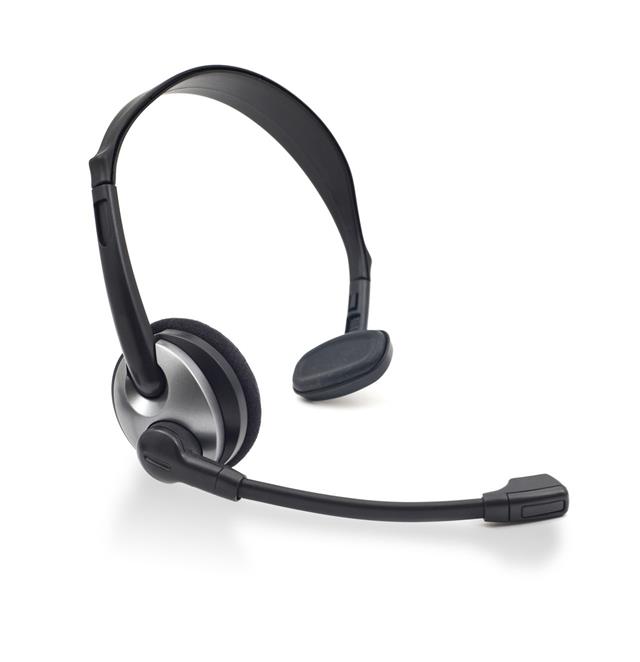 Considering the latest advancements in cell phone accessories, it seems that Bluetooth technology has certainly come a long way. If you take a look in today’s cell phone shops, you will be surprised to see what all accessories have come up to aid mobile phone users for better communication and entertainment. Headsets compatible with Bluetooth are one of such latest technological advancements. Using these Bluetooth-enabled devices, a cell phone user can talk on a call without using wires for hands-free headsets and even listen to music using stereo headsets. In order to use a Bluetooth headset, you necessarily need to have a mobile phone or a Personal Digital Assistant (PDA) with Bluetooth technology.

There are some things that you need to consider before purchasing a Bluetooth headset. Make sure if the device can be put on while wearing goggles or spectacles. Also check if you will be comfortable wearing the headset. Ensure that you will not have any sores on your ear while you put on the headset continuously for a long time. Compare different models and choose one as per your call and usage requirements.

Also try out the voice clarity, whether both parties can listen to the conversation without any disturbances. It cannot be said that a particular Bluetooth headset is the best, as the advantages of the headset depend individually on the usage and preferences of the user. The most appropriate headset for you might not be the same for another user.

The Jawbone Era remains one of the best Bluetooth headsets in the market, thanks to its intuitive controls and unique features. The most useful of these is the double tap to answer or ignore calls, though some users have complained of its being too sensitive. It also features an accelerometer that lats you shake to answer and end calls, another feature that saves you from finding tiny buttons that are usually present on most such headsets. In addition to this, it features military grade noise cancellation which promises the best call clarity and reception.

It can be paired with up to eight devices, and two of these can be connected simultaneously, a boon for people with two handsets. It comes in 4 different color or finish options, and the only drawback in this headset is the somewhat high price tag. It retails for about $130, which makes it a tad on the expensive side, but worth every penny. And yeah, it also features HD audio, and MyTALK from where you can download apps and customize the voice options. If budget is not a problem, this comes highly recommended.

From the Motorola labs comes the Motorola Finiti Bluetooth headset, which also ranks among the best Bluetooth headsets in the market. Aesthetically, it does not look as good as the Jawbone Era, but that is a personal preference. It features probably the best wind cancellation found on Bluetooth devices, and Motorola claims that you can be heard clearly even in winds up to 40 kmph, thanks to its vibration to speech technology (bone conduction).

Another feature that comes in very handy is its ability to reply to text messages by dictation, saving you the trouble of removing the handset and typing a reply. It also supports A2DP, allowing you to stream music, and can connect to 2 devices simultaneously as well. As with the Jawbone Era, its high price leads to its downfall, with the $129.99 price not quite justified for this headset. For that price, the Jawbone Era is a much better buy, and Motorola will have to do something about their pricing if this product is to do better in the market.

Plantronics is a big name in the Bluetooth segment, and this headset can be counted among the best in the market. The Voyager Pro is an upgrade over the previous model, and comes with truly great features. It features 2 microphones, and something called the AudioIQ2 noise cancellation technology, which reportedly cuts off about 80% of background noise. It is also very comfortable to wear for long periods of time, and with its behind the ear fit, it provides a sturdier fit for everyday use.

The Voyager Pro can connect up to 2 devices simultaneously, and has a talk time period in the range of 6 hours. It also supports A2DP for streaming music, and has a sensor that lets it know when you are wearing it and when you are not. When off the ear, the headset deactivates, letting you answer calls on your phone, and when on the ear, it automatically pairs back and lets you use the headset. This remains one of the best with its sub $100 price ($99.99).

Lookwise the BlueAnt Q2 is a hit or miss. There are some that will love the design, while others will not. What matters though, is not the looks, but the quality of the headset, and this is certainly one of the best, if not the best, sounding Bluetooth headset in the market. The Q2 is the successor to the Q1 and comes with a whole slew of features to make your life easier. When paired with your phone, it downloads your phonebook, and uses it to announce the name of the person calling. It has voice commands, and you can use to voice to answer or reject calls, in addition to various other functions. It also features something known as Wind Armor technology, that the company says will cancel out wind noise up to 22 kmph. It can connect up to 2 devices simultaneously, and has an approximate 5 hour talk time. At $99.99, this is a good buy but at this price point there are other headsets that are better.

More known for its phones than its headsets, the HM7000 from Samsung is one of the best headsets from the company. As with all recent Samsung products, the HM7000 has been on a diet as well, and is one of the slimmer Bluetooth headsets available in the market. Not only is it slim, it also is discreet, and even the notification light is discreet, and will not disturb others whenever you are in a dark environment. The HM7000 features noise cancellation and voice commands, making it easy to use. It comes with a dock to keep the headset in while not in use, and the dock can recharge the headset while on the move. Samsung claims that the battery in the dock, (which can be recharged via USB) can help deliver about 3 times more charge to the headset, increasing its talk time substantially. With its superior voice clarity, high talk time, and affordable price ($99.99), this is one of the best Bluetooth headsets for people who travel regularly.

Jabra is well-known for making quality Bluetooth headsets, and the Jabra Supreme is no exception. It features active noise cancellation technology, known as Noise Blackout 3.0, which makes talking even in extremely noisy conditions possible. It also features HD technology that makes audio crisp and clear. It comes with voice control and voice guidance to make use easier. Like other headsets, the Jabra Supreme also features multi-point (2 devices simultaneously) and A2DP (music streaming) and has a 6-hour talk time. It also allows you to use the boom mic (which folds and unfolds) to answer and end calls. It is priced at $99.99 and its features make it a worthy buy.

Known for making high-end speaker systems, Bose has some Bluetooth headsets available in the market as well. The Bose Series 2 comes with a few nifty features as well. It features multi-point and A2DP, and noise and wind cancellation as well. This headset is more for people who are brand conscious and it does not feature any improvements over the headsets described above. That being said, Bose is known for its high quality audio and the Series 2, though it suffers in the noise cancellation department, is otherwise a very good and clear sounding headset. It also changes the volume automatically depending on the noise around you, though that might not be suited to all users. All in all a product for those who want the best brand, and at $149.99, this comes in very expensive as well.

Besides these, the following are also some of the best wireless headsets you can opt for:

These were some of the few best quality Bluetooth headsets available in the market. In choosing the best Bluetooth headset for your cell phone or media player use, it is recommended to compare the functions with your preferences.