One cannot send an email without using SMTP; it is the universal standard that is used to send electronic mail from one system to another. However, because of email providers' tendency to isolate users from the actual procedure involved, users find it difficult to configure or troubleshoot SMTP on their systems. Techspirited provides the complete list of commands that are associated with SMTP.

You are here: Home / IT Jobs / A Complete List of SMTP Commands and What They are Used For 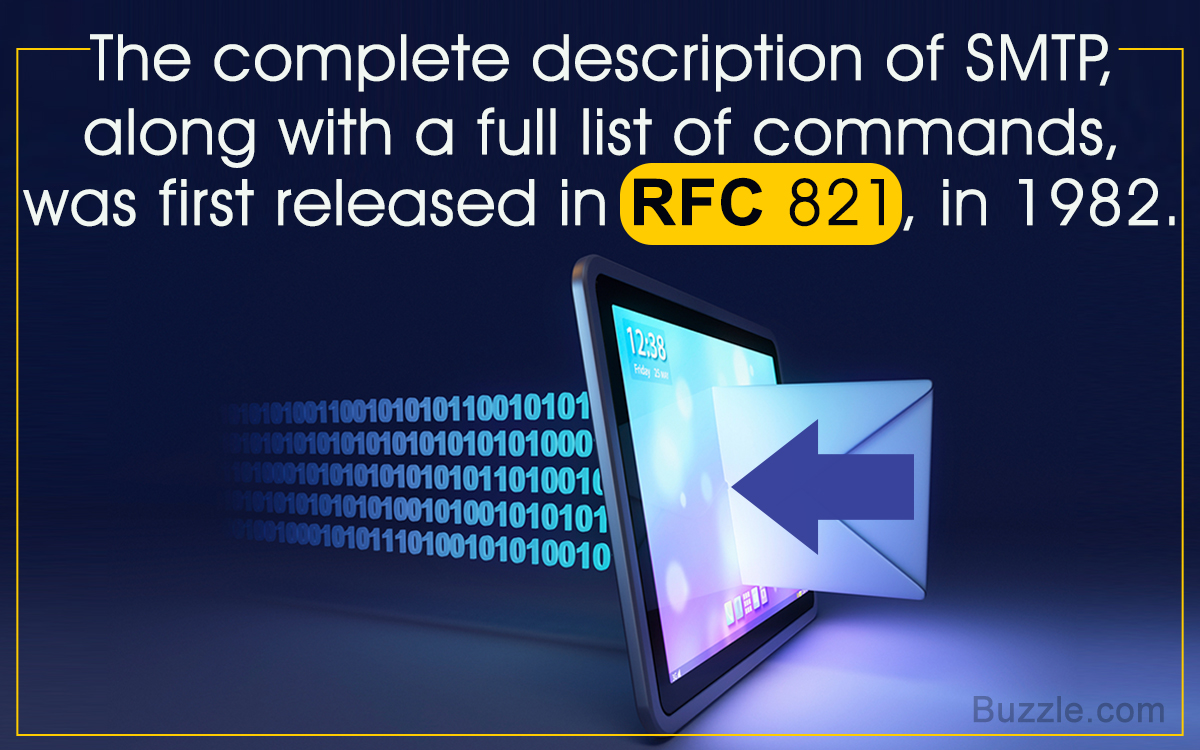 One cannot send an email without using SMTP; it is the universal standard that is used to send electronic mail from one system to another. However, because of email providers’ tendency to isolate users from the actual procedure involved, users find it difficult to configure or troubleshoot SMTP on their systems. Techspirited provides the complete list of commands that are associated with SMTP.

SMTP, or Simple Mail Transfer Protocol, is the intrinsic application-layer protocol used by any email program to send emails from one computer to another. It runs the TCP/IP architecture, and uses the system’s port 25 by default. SMTP is involved in transporting email messages from the sender’s own computer (or more specifically, the email client software), to the email server, which is located on a remote computer. The server then forwards the message to the recipient’s email server, again using this protocol. The role of SMTP ends here.

To receive mail (i.e., to download it from one’s email server), a different protocol, such as POP3 (Post Office Protocol) or IMAP (Internet Mail Access Protocol) is used.

Email is soon becoming one of the most indispensable luxuries available to us as a result of modern technology, one study has found that upwards of 2 billion people use email! But did you know, that irrespective of what web-based email, or internet service provider-based email account you use, the underlying principle of email worldwide is predominantly the same and they use similar protocols? In fact, even though browser-based email titans like Gmail, Hotmail, Yahoo! and the like, use proprietary protocols to send and receive emails on their servers, if they wish to communicate with other companies’ servers, they too need to employ SMTP. Whereas, email client software such as Eudora, and Outlook, completely use SMTP to push their outgoing mail from the client’s computer to their servers, and further to the recipient’s email server.

When you have Google, Yahoo!, Microsoft, or some other big name to look after the smooth functioning of your email application, do you even need to learn the intricacies of SMTP? Yes you do. If you log in to your email account and send an email, you obviously do not need to possess any knowledge about SMTP commands. But consider any of the following scenarios.

☛ You want to configure SMTP on your computer or network.

☛ You are facing problems with the email service from inside a local network, which could be because of one of many possible issues, and needs troubleshooting.

☛ Simply for the purpose of testing connectivity, you wish to contact your email server.

☛ You wish to access email when you are in the middle of a Telnet session.

☛ You are trying to send or receive an email from inside the Linux shell.

In these cases, being well-versed with SMTP commands is a must. The good news is, there aren’t too many commands, and they are very easy to remember.

The complete description of SMTP, along with a full list of commands, was first released in RFC 821, in 1982. Later, the functionality of SMTP was extended to allow sharing of multimedia files, like pictures, audio files, and videos, and ESMTP (Extended Simple Mail Transfer Protocol) was developed. This protocol was described in detail in RFC 5321, and contains some additional commands.

★ All these commands can be typed into a terminal/command prompt.

★ SMTP commands are not case-sensitive, hence their capitalization is optional for the user.

★ The following list encompasses both SMTP as well as ESMTPcommands.

Of the commands listed above, some are more specific to certain platforms, for example, Sendmail―the proprietary email application for Unix systems, while others are not very commonly used nowadays, albeit still valid. In some cases, clients or servers may not support ESMTP, or else access may be restricted. In all circumstances, one can always type the HELP command in the beginning of the session, so as to be sure of which commands are supported and which are not.